In a country where teachers are setting high standards for themselves as role models to students, one teacher set a bad example in the society by thrashing seven-year-old boy with a shoe in Uttar Pradesh’s Aligarh.

According to ANI report, the shocking incident came to light when the parents of the child learnt the footage of the CCTV cameras installed in their house, where the boy was tortured brutally. The boy is known to be a Grade 2 student.

As you can clearly see in the video footage, the teacher is forcing the boy to drink a glass of water and telling him to smile. However, torturing a small kid is not acceptable by any means. May what be the scenario, there is always a better way of counselling the students.

One should give advice in a kind way instead of beating up a student like that and let’s hope this won’t follow up in the times to come. The five-minute video depicts the teacher whipping the boy with his shoe and even smashing his fingers with a key-like thing.

The teacher then pulled the boy by his hair and ear and punched him several times at his back. “The video has been recovered. A case has been registered and a team is trying to catch the teacher,” senior police officer Ashutosh Dwivedi told news agency ANI. 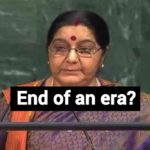 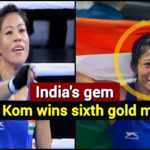