India might not have a significant fan following in Snooker. But, the stars are making the headlines for all the right reasons to make the country proud.

Thanks to India’s ace cueist Pankaj Advani. Indias most consistent sportsperson has won his 22nd world title for India. Since returning for national duty from a brief stint in the United Kingdom in 2014, Pankaj has brought home a world title each year in billiards or snooker, or even both.

As far as the Billiards short format (150-up) is concerned, this is Pankaj’s fourth consecutive win each at the world level. When asked about this particular feat, the champ said: “It’s such a touch-and-go format and so unpredictable that winning this four years on the trot and five out of the last six is extremely special.”

In a repeat of 2018’s final at the IBSF World Billiards Championship, Pankaj performed the one-sided match with the same outcome as well as identical scorelines of 6-2.

From the word go, Pankaj was in pretty good touch as he was leading 3-0 halfway mark. He chipped in with scores of 145, 89 and 127, while Nay Thway Oo was yet to get off the mark.

After eventually managing to pull one back with breaks of 63 and 62 respectively, Oo saw Pankaj continue to extend the lead. Pankaj displayed sheer consistency and then scored the next two frames which included a 150 unfinished break.

Oo did make every possible move to outsmart Pankaj but it was to no avail. Pankaj scored a 74 break and soon after that, he closed out the match as he captured yet another world title. Oo had to settle for a silver medal for the second time in a row.

Pankaj once again proved that he is the most consistent Indian athlete and achieving success in world championships came more naturally to him since 2003.

He has won several world titles in cue sports than any other athlete in the world making him the all-time greatest cueist.

On winning World Championship 22 gold medals for India, Pankaj said: “Every time I participate in a world championship, one thing is clear – my motivation to excel has not diminished. This win is a testament to the fact that my hunger and fire are both well and truly alive.” 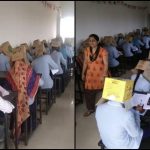 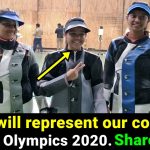