It is no secret that India has been producing some of the finest talents across all sporting fields. Here is one sensational talent who did India proud through and through. Jabalpur shooter Shreya Agrawal hogged the limelight as she sealed the top spot in air-rifle junior rankings in India.

Shreya’s path to success is well and truly inspiring. Her success mantra of patience and perseverance helped her to touch the pinnacle of success. It was only three years after she picked up a gun, Jabalpur shooter made the headlines for her achievement.

The 18-year-old Shreya, who set a world record and Asian record in April in Taiyuan, Taipei has a terrific shot at making it to the 2020 Tokyo Olympics. She is now at the third position with 628.5 points, just 2 points behind the second position and qualifying for the Olympics.

Each nation can send 2 shooters to the Olympics.

Shreya joined the ‘Gun for Glory Academy in Jabalpur in 2015. “No one from my family has ever been in this sport. Even I joined it by accident. In 2015. our teacher asked students if they were interested in a shooting championship.

I gave my name without having ever having seen a gun in my life. I won a medal. My parents realized my potential and admitted me in the academy: said Shreya. Her father Sanjay Agarwal is a government employee,”

Her coach Nishant Nathwani said, “She has set an example for other children. starting at the right age can make wonders. Her parents are also an example of how the right support at the right time can help a child achieve big things in life.- Academy director Prashant Jain said. “She has made all of us proud.” 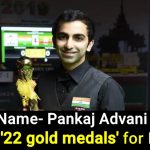 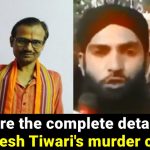