The unconditional love that mother has for her children is unmatched that she handles her child with complete care and protection. We run short of adjectives and superlatives to describe the relationship between a mother and her child. Mother’s blessing is always powerful and special.

They say some pictures don’t need captions. Recently, a picture was posted by IPS Bhaskar Rao, depicts a cop falling at the feet of his mother, seeking her blessing before joining the sub-inspector’s office. The sub-inspector has done something great which others should take note of. He set an example on how to treat parents with ultimate respect.

Bhaskar Rao wrote, “A grateful son(Police Sub-inspector) in Reverence and Gratitude to his Single Mother who could not attend his Passing out Parade….Karnataka”

A grateful son(Police Sub-inspector) in Reverence and Gratitude to his Single Mother who could not attend his Passing out Parade….Karnataka pic.twitter.com/VRIKSekgxb

As soon as the picture was posted, it caught people’s eyes instantly and almost everyone felt emotional after seeing it. We wish police sub-inspector all the best for his future endeavours.

Salman Khan was asked to play Aishwarya Rai’s brother role; this is how Bollywood Bhai replied! 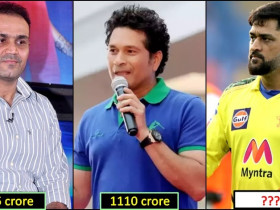 These Actors were Engineers before they became popular