The Great Khali is well known for his intimidating debut against The Undertaker. His real name is Dalip Singh Rana who is over 7 foot tall. Khali became the first Indian World champion in WWE history.

He made his debut in WWE in 2006 with the famous Diaviri and had great associations with Ranjin Singh and Jinder Mahal. In 2007, he won the title of WWE’s- World Heavyweight Champion.

Before starting his wrestling career, Khali was a Punjab Police Officer for the Punjab state and has been a part of India and foreign cinema. On 27 August, The Great Khali celebrated his 48th Birthday.

There are several people who want to know which car Khali uses? Let’s take a look at Khali’s car collection.

Khali enjoys a luxurious lifestyle. He seems to be passionate about cars. Toyota Fortuner is one of the best cars in the luxury car collection own by the Great Khali. The Price of the car ranges from INR 28.66 Lakh to 36.88 Lakh.

One of Khali’s favourite cars in his garage is the Range Rover Vogue. The Vogue is one of the most capable models by the company and it offers not just uber-luxurious interiors but also impresses with its 4×4 capabilities. Range Rover Vogue is available in 3.0-litre and 4.4-litre diesel engine options. Range Rover Vogue price in India starts at Rs 1.81 crore (ex-showroom, Delhi). 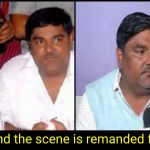 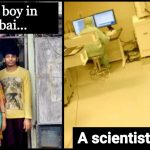