No doubt the NDA government in the centre brought about remarkable changes in the market and the fiscal policy. One of those includes GST, with a strong backup of the digital technology.  No one would disagree that this will contribute immensely to the nation building and boosting its economy.  Many world economists are lauding India’s move in this direction. Well, for all such dramatic changes our techno-savvy PM Modi’s relentless dedication and innovation is highly praiseworthy.

But, however, there are “murmurs of dissatisfaction” among the middle-class traders these days. The displeasure expressed by the business community is all about the government’s rigid diktat for the GST filing. The administration is apparently putting the hard squeeze on the middle and upper middle-class traders and entrepreneurs to file GST “before 20th of each month”.

In case of a delay, the penalty of Rs 50/- per day is slapped which is a huge disappointment. How on earth does the government expect each trader to have the computer knowledge? Most of the small traders have not yet touched the desktop.

So, they all rush to the nearby tax professionals to get the job done; an opportunity for the latter to exploit the gullible small traders. Just imagine how a few tax experts in the town match up to the countless GST payers. Can ten thousand sick patients be treated by one single doctor in a short span of time? This is totally impractical.

Each tax expert has to file the return for the minimum 300 to 800 clients per month and that number is increasing by leaps and bounds. The traders are required to keep the detailed account of all sales and purchases throughout the month for which they have to bear a good deal of incidental expenditures.

Many erroneous entries are usually made in the filing of GST, but once the file submitted that can’t be revised. Usually, the last two days of the GST filing is a nightmare. Because the site is clogged due to heavy traffic. Does the government want the small traders being harassed and bugged out this? Mere imposing the hard regulations will never yield the positive result.

There is another shocker of this government. It has made it mandatory for taxpayers to file the income tax return by 31st of July. In case of the delay, the fine of Rs. 5000/- per file is being imposed.  This is indeed a cruel imposition that might just bruise the confidence of obedient taxpayers.

Given the literacy rate and very poor “professionalism” in India, such hard decrees by the government only make the citizens more annoyed than happy. Here I intensely doubt if it is the BJP government that wishes so much hardship upon the public. Is it not trusting 1.25 billion Indians, as touted by our astute PM Modi, who all have been standing for him through thick and thin? I think the finance ministry immediately needs some overhauling for the interest of the general public. 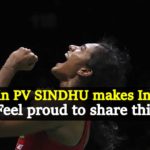 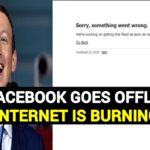