Indian ace shuttler PV Sindhu once again wrote a success story by comprehensively beating Japan’s Nozomi Okuhara 21-17, 21-19 in the quarter-finals to cruise into the semis of the Badminton World Championships.

PV Sindhu is now assured of a bronze medal. The competition will now be getting tougher as Sindhu will lock horns with Japan’s Akane Yamaguchi in the semis. Sindhi has a wide range of experience playing in the crunch situations of the game.

She has previously won 2 bronze medals and a silver medal from her 3 appearances in the mega event. It will be quite interesting to see how PV Sindhu would go about her business in the upcoming games to come. She has a good chance to win a gold medal and we will have to wait and watch.

The Chief National coach Gopichand stressed the fact that Sindhu got much better and sorted out her woes this time around. “Sindhu played the down-the-line drops more than the cross-court drops which had ironically gotten her into trouble last year,” Gopichand explained.

Bold, brilliant yet storms across the badminton court with a blistering pace, shimmies down the track for terrifying smashes only to outsmart the opponent like a hot knife through butter is PV Sindhu’s ideology.

Much to her concrete determination and winning mentality, she has gone places. After all giving enough of fruitful endeavours, the results that she got in return was palpable. Badminton sport got a great deal of recognition after cricket in India in the wake of P.V. Sindhu’s aggression came to the fore. 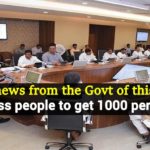 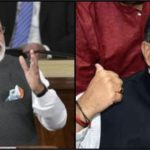