People get married to start a new life together. Usually, the bride and groom steal the spotlight on their iconic wedding. To get that royal look, they tend to focus much on the dress combination so much so that they look ultra-special.

Have you seen or ever heard of Bride & Groom sharing their wedding buffet with refugees? Normally, the couple who are obsessed with starting a new life together doesn’t invite refugees or someone whom they are not familiar with. But, Turkish couple proved it wrong!

The made for each other Turkish couple who tied the nuptial knot in the Turkish province of Kilis on the Syrian border, invited over 4,000 Syrian refugees to celebrate with them. This goes to show that they are one of the most generous couples.

Turkish couple, Fethullah Uzumcuoglu and Esra Polat’s wedding became a classic example for the whole world. Fethullah and Esra tied the knot recently. We didn’t see them throwing a grand wedding reception party for their friends and family members but we saw them serving food to 4,000 Syrian refugees who have been constantly running away from their country towards Turkey.

The groom’s father, Ali Üzümcüoğlu was the one who came up with an idea of sharing the wedding party with their Syrian brothers and sisters. He told Serhat Kilis newspaper that he believes that others will also follow their suit.

Esra Polat was shocked when Fethullah told her about the idea of sharing the wedding reception with refugees. She also went on to add saying that she was extremely happy to have shared the party with those less unfortunate ones.

“I was shocked when Fethullah first told me about the idea but afterwards I was won over by it. It was such a wonderful experience. I’m happy that we had the opportunity to share our wedding meal with the people who are in real need,” the bride said. 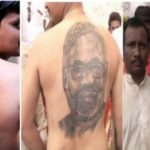 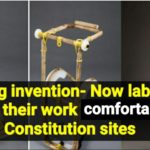