Actor Sanjay Dutt writes to the respective bank saying he would not take a single penny from the 62-year-old’s account. Dutt has issued a letter to the Bank of Baroda’s Walkeshwar branch, adding contents of a safety deposit vault willed to him by Malabar Hill resident Nishi Harishchandra Tripathi be handed over to her family members only.

Well, Sanjay Dutt had no clue who Tripathi was, till a phone call from the police on January 29 notified him that she had passed away a fortnight ago and had bequeathed the entire money from her account including her bank locker to him.

The police have concluded that Tripathi, who passed away aged 62, was a big fan of Dutt. Just how big a fan she was of the actor came as a shock to her family members, when they discovered scores of letters issued by Tripathi to her bank, willing all she had to the actor.

However, the bank locker has still ‘remained unopened’ as legal formalities were still on, even as Sanjay Dutt, through his attorney by the name of Subhash Jadhav made it very clear that he was not interested with Tripathi’s money or property, as it should go to her family only, which would be the right thing.

According to Mirror, Tripathi who died on January 15 after fighting terminal illness, was a housewife residing with her 80-year-old mother Shanti along with siblings Arun, Ashish and Madhu. The family stays at Triveni Apartments at Malabar Hill, where a 3-BHK flat of 2,500 sq ft costs Rs 10 crore.

Tripathi’s family came to know that she had willed all her belongings to Dutt only a day after her prayer meeting at Bharatiya Vidya Bhavan, Girgaum Chowpatty, when the family’s legal advisor notified them about the process.

Later on, a representative of the Bank of Baroda’s Walkeshwar branch shared with Dutt’s attorney and Tripathi’s family members told about a detailed letter and nomination form that she had submitted to the bank a few months before her death.

The bank stated that the nominee mentioned was “Film star Sanjay Dutt” and the nominee’s address was listed as Dutt’s Pali Hill home. It has also learnt that several valuables were also bequeathed to Dutt through letters to the bank.

“As actors, we are used to fans naming their children after us, chasing us down the street and even giving us gifts. But this has shocked me. I will not be claiming anything. I did not know Nishi and I am very overwhelmed by the entire incident to speak about it. Sanjay Dutt, Actor “We have communicated that Sanjay Dutt will be seeking no claim on the belongings and will adhere to any legal proceedings necessary to transfer the valuables back to the family,” Dutt’s attorney Jadhav said.

A Mirror correspondent visited Tripathi’s residence yesterday, but the family didn’t really comment on the matter. “As actors, we are used to fans naming their children after us, chasing us down the street and even giving us gifts. But this has shocked me. I will not be claiming anything. I did not know Nishi and I am very overwhelmed by the entire incident to speak about it,” Dutt said.

(This article was originally published by Mumbai Mirror)

(With inputs from Mumbai Mirror) 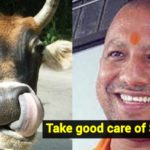 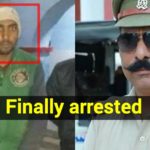