They say some unbelievable things happen only in India because we are the only people in the world to take creativity to a whole level. Many of us might have figured it out. Even the foreigners are mesmerised by our intelligence not just in academics or sports but in entertainment quotient as well.

In a recent incident, an elderly man was seen riding his bike. He performed some crazy stunts on National Highway and in the process, he overtook all other riders like a hot knife through butter. It was an unbelievable stunt by that old man as he was seen standing up and sleeping on the bike seat which just goes to show that he is experienced at these sort of stunts.

The man stole the spotlight for the epic stunt that he performed. A commuter who was travelling at the opposite side of him caught the whole scenes on his mobile camera. The video of an elderly man displaying stunts has already been shared on the social media and it went viral all over the internet circle.

However, doing these stunts, particularly on the highway is deemed contrary to road and safety rules. Let’s not do these stunts to draw attention of the public especially on National Highway roads in India. It may be entertaining but at the same time, it’s risky as well.

What do you think about this video? Please tell us your opinions in the comments section! 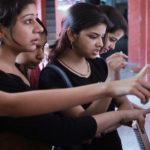 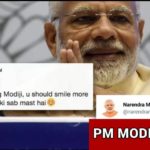