Prime Minister Narendra Modi-led government is spear-heading its mission in a bid to launch development projects in Varanasi. Changes are creeping in gradually and the city will look far better than before in Uttar Pradesh.

PM Modi, who was on a 2-day visit to eastern UP, travelled across his Lok Sabha constituency Varanasi late Saturday night. As soon as he arrived at the destination, his supporters turned up in numbers to see him and were seen chanting ‘Modi Modi’ as you can see in the video.

The public welcomed the PM Modi and waved at him as his group passed by across the city and the Prime Minister was also seen waving back at the crowd. During the late night tour, PM Modi first visited Banaras Hindu University (BHU) and offered prayers at Vishwanath Temple in the University last night.

With his convoy, he then travelled to Ravindrapuri, Sonarpura, Gowdowlia and Gyanvapi before reaching Varanasi Townhall. He then went to Lohatia and Kabir Chaura.

In the evening, the PM Modi had addressed a public rally in Varanasi and launched significant development projects. Post that, he addressed one more rally in Azamgarh and laid the foundation stone there for the 340 Km Purvanchal Expressway.

On Sunday, he visited Mirzapur and he heartfully dedicated the Bansagar Canal Project to the nation. At the same event, he also laid the foundation stone of the Mirzapur Medical College. The Prime Minister inaugurated 108 Jan Aushadhi Kendras in UP and also dedicated a bridge over the River Ganga at Balurghat, Chunar, that will make connectivity between Mirzapur and Varanasi.

At a rally in Kachnar village, PM Modi inaugurated development projects worth Rs 1,000 crore, on the opinion of UP minister Neelkanth Tiwari.

The development projects include a perishable cargo centre, road repair schemes, remodelling of a town hall, a community health centre, a cancer hospital, a heritage walk followed by a BPO centre, and a new train service to Ballia.

UP CM Yogi Adityanath, as well as his cabinet colleagues along with Union ministers Piyush Goyal, Manoj Sinha and Dharmendra Pradhan, attended the rally. 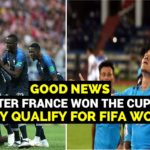 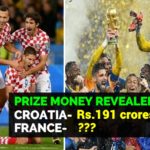