Raise your hand and say are you doing the kind of job that satisfies you? Are you turning up for the job at any time with complete interest? Are you returning home happily after completing a day’s work to spend quality time with your family? If you are doing all these, then you are doing a satisfying job.

Some people prefer money to anything else and that’s why they feel the job which they are doing is ‘stressful’. But there are always passionate people in every field and that’s why they are always successful. They say ‘working hard for something we don’t like is called ‘stress’, working hard for something we love is called ‘passion’.

Parthibhai Jethabhai Chaudhary’s story will certainly be the driving force to countless ambitious people. He followed his inner passion and made his journey successful. Parthibhai was not satisfied with what he was doing. He wanted to make his dream of farming come true. So, he decided to quit his job to do farming which he is interested in. Currently, he is earning Rs 3.3 crore per annum by selling potatoes.

Parthibhai, a resident of Dangiya village in Banaskantha, Gujarat, was a police officer. But his passion for farming and the desire to do something different made him quit his job 18 years ago. During the course of his job, Parthibhai got the opportunity to receive agriculture process training from McCain, a Canada-based multinational company famous for its products based on potatoes, and trains farmers across the globe to produce high-quality potatoes.

The 62-year-old Parthibhai learned the techniques of potato cultivation and started producing good quality potatoes in his own farm. However, scarcity of water was a major problem in his village. To solve this age-old problem, he resorted to drip irrigation technique.

Drip irrigation is a great way to save both water and fertilizers used for the cultivation of crops. In this method, water is dripped on the roots of the plants. This is done by arranging a structure of drains, pipes, and valves so that water is directly dripped on the roots only when necessary. Since it supplies water to the plants when required, the technique not just saves water and fertilizers but also helps in increasing the crop production.

Parthibhai is one of the first farmers to use drip irrigation system in his fields that enabled him to successfully overcome the problem of water shortage. With this technique, he produces potatoes in a place which hardly get 750 mm of rain every year. Initially, he would supply his potatoes to McCain only but now, he gets a good price from the local big potato chips manufacturers such as Balaji Wafers.

Parthibhai left his well-settled life to follow his passion has been successful in that. He was keen to learn something new by taking risk, which was all worth it. He is a motivation to everyone and the farmers to embrace innovation and achieve new heights. Parthibhai has become a source of inspiration for all of us. Everyone should adopt this innovative idea of farming. 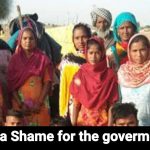 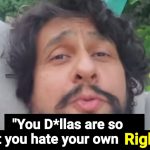