We always talk about equality and the fact that men and women should be placed in the same position but it’s unfortunate how crimes against men don’t get the same importance. This is totally unacceptable by any means.

It should be noted that Sexual molestation is something that affects men and women equally and while we talk about rapes only on women, we miss out other important thing. We need to know that even men get raped too and it’s equally essential to talk about it because they too deserve justice as much as women do.

This incident which took place in Africa left us all in a state of shock. A man was abducted and raped by a gang of three women for about 72 hours. We are leaving it to your imagination as to how the man suffered such painful consequences at that time. The incident, however, came to light when he was found semi-naked, exhausted and drugged in a dumping field in South Africa.

Here’s what reportedly happened in the country:

An unidentified 23-year-old man boarded a communal taxi which already had 3 women seated in there. Suddenly, the driver changed the directions half-way and then asked the man to be seated in the front. It was when the women allegedly injected him with an unknown substance and when the man woke up, he found himself in an unknown place on a bed. While he woke up, he experienced severe pain in his body and he didn’t have any clue what had actually happened to him.

The females had forced him to consume viagra and energy drinks and then they continued taking turns on him for about three days before they dumped him in a field in Benoni, South Africa.

The man was abused and was deprived of sleep for three days with constant misbehaviour displayed by these three identified women who left him helpless. It was only after a passerby saw the man and called the cops that this matter came to view.

However, this is not the first time that a man has been molested and this certainly is not the last time either. But very few of these cases make it to the news because the society refuses to accept the fact that men can be victims too!

In our fight for equality, we shouldn’t just talk about rights for women but also men. We need to ensure that ‘Humans’ are safe and not discriminate their security on the basis of their gender.

South Africa is carrying an unwanted record which we people are well aware of. Rape is the one of the most common crimes in South Africa. With so many records to boast about South Africa’s development, their failure to stop rape cases is haunting like hell. The level of rape cases in Africa rose alarmingly. It is learnt that most of the rape cases were committed by someone known to the victim.

It should be noted that South Africa has one of the highest rates of rape in the world, with as many as 65,000 rapes and other sexual assaults reported for the year ending in March 2012, or 127.6 per 100,000 people in the nation.

Having said that sexual violence in South Africa is among the highest across the world, sexual violence, there were 51,895 crimes of a sexual crimes reported to the South African Police Service during 2015/16. Many people force the opposite genders to indulge in unwanted sexual activity without their consent.

There is also violence against men in South Africa. According to a Medical Research Council survey, about 3.5% of men have been forced to have sex with other men. It is said that 19.4% of all adult victims of sexual assault in South Africa in 2012 were male.

Another group’s survey estimates that one in five adult males become victims of sexual offences, and this number could be much higher as a male is 10 times less likely to report a sexual violation than a woman in the country. There are also a very few support networks for male victims of rape in South Africa, which makes it tough and even pointless for men to report being raped. 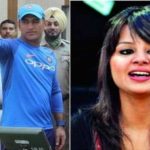