In heartbreaking news that shook the whole nation, a 25-year-old man who was under the influence of alcohol allegedly kidnapped a 9-month old baby girl right next to her sleeping parents and raped her and then murdered her.

The accused was detained for cold-blooded murder here in Hanamkonda area of Warangal district, Telangana on Tuesday.

“A 25-year-old man K Praveen kidnapped a nine-month-old girl while she was sleeping with her parents on the terrace on their residence. The accused took the toddler to an ideal place.

Meanwhile, the victim’s parents noticed that their daughter was missing and started searching for her in nearby places. Later, they saw the accused sexually assaulting their daughter,” Sampath Rao, Circle Inspector of Hanmakonda Police Station, told ANI.

The victims’ parents handed over the culprit to the police. Immediately, the girl was rushed to a local hospital where she was declared brought dead by the doctors.

The culprit is being sent to judicial remand and the deceased body has been moved to a government hospital for post-mortem examination.

A case has been lodged under IPC sections of 376 and 366 and 5 r/w 6 of POCSO Act and further investigation is underway. 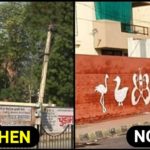 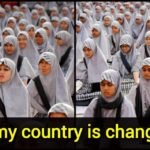