Solar power is ‘pollution-free’ and it is the best renewable energy source. It causes ‘no greenhouse gases’ to be emitted after its installation. It’s about making use of the energy source to good effect. Solar power is the conversion of energy from sunlight into electricity.

Solar Energy techniques came to light in 2006 and it is now gradually reaching out to all parts of the world. Since solar panels are a one-time investment with a guaranteed life of 25 years, ‘solar energy’ could make a huge difference in people’s lives in the times to come.

Talking about the virtual importance of solar technology in India, we have witnessed more of them in key places. Solar panels are installed in apartments, houses, offices, stadium, railway station and now it’s being implemented on trains as well.

In an attempt to save on electricity usage, the management of Badrinarayan temple located in Gujarat’s Surat district switched to using solar power for managing shrine’s energy consumption and are making use of the money to promote education in the region.

Temple’s trustee identified as Praveen Chandra explained why they switched to solar power. He said that the electricity bill used to be very high, so they switched to solar power. “The motive behind this was to save money. The bill has dropped from Rs 1.5-2 Lakh per month to Rs 10-12,000 per month. With the money that is saved every month, the shrine started a college and a school for Sanskrit,” Chandra said.

The trustee went on to add saying that fifty-kilowatt capacity solar panels have been set up on the terrace of the temple with an expense of Rs 25 lakh.

In October this year, Rajasthan’s 29 government colleges brought down their monthly electricity bills to zero with the help of solar energy, according to a report in the Times of India stated. These solar panels were installed in 2017-18 to cut power expenses.

“At least I can say that 29 of our colleges can save Rs 20 lakh a year on power consumption. the saving can be utilised for the development of these colleges, In this manner we are also fulfilling the United Nations Sustainable Development Goals in reducing the carbon footprint”, said Pradeep Borad, college commissioner of Rajasthan, quoted to as saying by TOI. 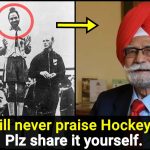