Balbir Senior featured for the Indian national hockey team during the London Olympics in 1948. He earned a good reputation for being a classy player and had also played a substantial part in the Helsinki Olympics in 1952 and the Melbourne Olympics in 1956.

The 90-year-old received the prestigious trophy for Major Dhyan Chand Lifetime Achievement Award along with a cheque of Rs 30 lakh.

Balbir Singh was born in 1924 in Punjab. He was a field hockey player for India, who did really well during the London, Helsinki and Melbourne Olympics in 1948, 1952 and 1956 respectively

The team clinched the gold medal in all the three Olympics. In fact, he was the skipper during the Melbourne Olympics. Balbir was the manager and head coach of the Indian men’s hockey team for the 1975 World Cup, which was won by India.

During the London Olympics in 2012, he was felicitated in the Olympic Museum exhibition, “The Olympic Journey: The Story of the Games” staged at the Royal Opera House. It is worth mentioning here that Balbir Senior was the first sportsperson to be honoured with the Padma Shri in 1957.

His career saw a life-changing moment during 1948 when he netted past the goalkeeper twice in the final as India won 4-0, in what was India’s first Olympic gold in hockey as an independent nation.

After four years, he performed much better as he helped the team by scoring 13 goals. He was the talk of the town for scoring 70 per cent of India’s total goals in the competition. Among those goals, 5 came in team’s 6-1 win over the Netherlands, which was a new Olympic final record.

He then steered the side in the 1956 edition and scored 5 goals against Afghanistan. Unfortunately, he was injured at that time. However, he did make a stellar come back for the semis and final. India outsmarted Pakistan 1-0 to take home the yellow metals. Balbir Singh stole the spotlight as he finished with 22 goals in 8 Olympic appearances.

Following incredible performances in the sport, Balbir was awarded the coveted Padma Shri in 1957.

In fact, he was the first-ever sportsperson to get this award. After a year, he was a part of the team that won silver at the Asian Games.

After he went past his prime as a player, he actively took up coaching. He steered the side which settled for the bronze at the 1971 World Cup. After four years, he was the manager when India bagged the World Cup.

Balbir Singh was also invited as a special guest to light the Sacred Flame at the Asian Games 1982. He was awarded the Major Dhyan Chand Lifetime Achievement Award by Hockey India in the year 2015. His dream is to see India win Olympic gold and can India do that in 2020? India have not won a medal since 1980 and only time will tell whether India can fulfil Balbir Singh’s dream.

We live in a country where cricket is deemed as a religion when our national sport is hockey. Isn’t it supposed to be a vice-versa? Majority of the Indians follow cricket and that’s a fact. Media promotes cricket-related stuff more than anything else. This goes to show that how cricket alone is dominating other sports in this country.

Another most important thing to notice is the annual salaries of Indian athletes. When hockey is the national sport, isn’t it that the hockey players should receive staggering money more than cricket? How is that supposed to be crores per year for a cricketer when cricket is not the national sport? 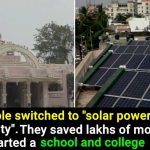