It’s often saddening to see non-cricketing sports personalities not getting the limelight they deserve. Very recently, Sunil Chhetri’s shoutout to all Indian fans requesting them to come and cheer the side went viral and it was heartening to see a huge turnout. But that’s not the case with all Indian sportspersons, there are many retired ones who did wonders in their active days and now, they don’t have anything for a living.

One such story is of Krishna Routh, who won a Gold medal at the All India Invitational Boxing Championship. Despite winning so many medals and accolades at the highest level, Routh never received any support from the government and now is working as a sweeper in Howrah.

His earnings are very poor as well and they are not being sufficient to feed his family. He currently lives in a one-room house with his wife, three children, and brother who is suffering from tuberculosis. “I do a temporary job with the municipal corporation as a casual employee. My daily wages are Rs. 232, but I sometimes get Rs 4000 or Rs 5000 a month. And I have to feed the entire family,” He said to CNN IBN.

Apparently, Routh also attended a lot of interviews to get a permanent government job and he never got any response. He also said that the government is not taking care of him. Whenever he tried to contact any government official or politician, the bodyguards would stop him from meeting them.

“I gave interviews at several places but was only given false promises with nothing coming through. I didn’t get any job because of my achievement. The government didn’t take care of me,” He said.

“I haven’t contacted the Trinamool Congress government yet,” he said. “Who should I go with? They have bodyguards. They will say where have you come from? I have never been able to meet the mayor,” Routh said.

Two-time Olympic medalist Sushil Kumar said that athletes should be treated with respect and should be given some work once they retire. “Athletes play for the country and win medals for their nation. So it’s the responsibility of the country that once his playing career is over, he is well-taken care, especially by the department [he works for],” said Indian wrestling legend Sushil Kumar after learning about Krishna Routh.

This really is a sad story as athletes work incredibly hard during their active days and since most of them don’t have any backups, life gets very difficult once they retire. It’s high time for the government to think about the future of these athletes and ensure kids of this generation get motivated to take one of these as professions. 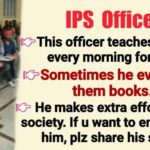 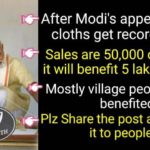