In today’s world, not all people do their favourite jobs. We might have seen people earning more money with less job satisfaction and vice-versa. But the equation is going to be the same as the majority of the people run only behind money and not behind their favourite jobs.

However, there are some coolest jobs in the world which probably you wouldn’t have come across. After reading this, you will feel jealous about it. You don’t have to possess a broad spectrum of skills or you don’t have to be an expert in the field but it’s about getting the task done at the right time. When you do the work properly, you get paid handsomely and this is how it goes.

Let’s take a look at the ten coolest jobs in the world:

This is one of the most chilling jobs in the world where you just have to be a volunteer in a grand function. Some award function organizers need active volunteers who would make things simple. In return, they provide some tasty food and entertainment to the worker.

This job description involves classifying various shows and movies on Netflix after watching it. You should tag them with the genre, actors involved in it and other several other points. Doing this will help Netflix to enhance their algorithm and recommend users as per their interests.

The job of the Workers is very simple. People with basic skills can do this and you don’t have to be an internet geek! The workers will be given a fixed amount of money to spend within 30 days and purchase products using sponsored online services. Videos of shopping ware must be uploaded that makes the process complete behind the purchase. You would get paid monthly for doing this task.

If you are a foodie, this job easily matches your resume. This kind of job is widely famous in South Korea where people get paid just for eating delicious food for hours and at the same time, a live stream will be done on social media networks. Talk about the best job that can fill your stomachs and pockets. You get paid handsomely based on the popularity.

To experience an absolute peach of a vacation, people count on luxury hotels, interesting and chilling places to explore and the quality of food one gets in the region to satisfy their taste buds. To prevent any problems for the travellers who pay for the services, tourism companies recruit professionals who help them in enhancing all the things that can be relished, remembered, rejoiced during a vacation.

For some people, ‘sleeping’ is the best thing in the world, especially the extra 5 minutes sleep in the morning is super special. But there is a job exclusively for professional sleepers where they get paid doing nothing but sleeping.

Every luxury mattress company requires a professional sleeper in a bid to check the comfort that their products offer and in this case, you will have to review mattress and give any creative ideas about improvements that can be made.

Who doesn’t like to have fun in waterslides especially during hot summer days? This is one of the coolest jobs in the world. It will involve tasks like riding and giving reviews on the company’s water chutes in various locations.

Ratings will be given to each slide based on the amount of splash they experience during the ride. For sure, it is the kind of job all would want to do.

Yes, you get paid for tasting the beer! You read that right! The job description of beer and ale-taster is super cool for beer lovers. They will have to taste different flavours of beer and write about its property. Based on the essence of taste, they judge about the price.

There is a lot of demand for beer these days and at present, the beer industry is one of the fastest growing industries in the world. It is a significant global business, chipping in with whopping annual revenues of $294.5 billion.

Beer is much cheaper as compared to most of the alcoholic products. Though countries consume alcohol to a large extent, beer is the most widely consumed alcoholic beverage in the world and it is loved by the majority of the people.

Beer is also the third most popular of all beverages, only behind water and tea. Beer is not only consumed because of its price tag but it is also one of the oldest alcoholic drink in the world.

When we hear the word ‘sweet’ it reminds us of chocolates. They are delicious. You would get paid for tasting and reviewing the chocolates. Talk about the best job in the world! It involves detailed knowledge of the textures that chocolates and candies have. Those who do this, get paid handsomely.

This is a kind of job for those who love writing and taking care of basic housekeeping works. It is cognisance of the fact that there are rich people in the world who certainly need caretakers for their private islands.

This job description demands someone who can write articles and embed the content on the website as well as photo journals about the island in details. Apart from that, they have to do basic housekeeping work and maintenance skills are also required. 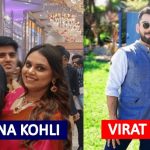 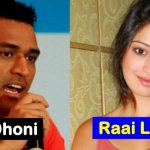