There are two facts about heroes that have never been in doubt. One acts in movies to entertain the audience to earn fame and reputation for the knack of acting skills whereas the other takes risks to save people in real-life scenarios, say Indian soldiers or a common man. The hero is someone who can give real-time protection by all means. The sad reality is that people admire film heroes as much as they admire gods.

In recent news, a 11-year-old brave schoolboy rescued his best friend from accidental drowning in Karnataka. This incident happened at Gadinje in Venur. The rescuer, identified as Sujaya, 11 who saved Adithya, 12. Both students are from Government Higher Primary School and they were walking home like usual after class hours.

When they crossed a gushing stream, Adithya lost his balance and missed a step on the narrow footbridge and as a result, he slipped. Seeing this, Sujaya sprung into action and caught him in his safe pair of hands when Adithya was hanging from the bridge.

The duo started shouting for help, locals rushed to the place and pulled up Adithya. Eyewitnesses stressed the fact that if Adithya had fallen into the water, he would have severely got injured and washed away by swollen stream.

According to the locals, the distance between the temporary footbridge and stream is about 20ft. “If the boys had fallen into the water, they could have died,” a villager was quoted as saying by TOI. 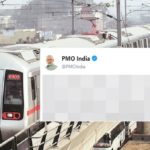