In what can be termed as a disturbing incident, a 10 years old Hindu girl was abducted from near her residence in Delhi’s Ghazipur, was then taken to a ‘Madrasa’ in Ghaziabad and was raped there by a ‘Maulana’ (Islamic Cleric). Local people became very angry when they came to know about the case. They blocked roads asking the police to arrest the cleric. Due to the pressure, police acted swiftly, and is now questioning the ‘Maulana’.

On 21st April, the girl’s father had approached the police, saying that his daughter had gone to the market, but hasn’t returned home. A case was filed, and while probing the matter, the police found a CCTV recording which showed that a juvenile male student of the ‘Madarsa’, was seen kidnapping the girl. The police raided the ‘Madarsa’ and found the girl there. She was taken to the magistrate’s office on Monday, where she gave her statement.

It has come to light, that the girl’s family used to live in Ghaziabad before they came to Ghazipur. The boy knew them from there. Reliable sources say, that the cleric had ordered the boy, to bring the girl. Both of them injected the girl with sedatives, then took turns to rape her. Sources also say, that since the boy was a Muslim, and respected the religious authority of the ‘Maulana’, he sincerely obeyed him. As the boy is a minor, he has been taken to juvenile justice home.

Local residents and neighbourhood of the girl’s family in Ghazipur, came out on the streets to protest and ask for strict action on the ‘Maulana’. They also blocked the National Highway number 24 (NH 24). To handle the situation, Ravindra Yadav – Joint Commissioner of Delhi Police (eastern range), had to come to meet the protestors. He pacified them by assuring them of conducting a fair investigation, and told that the case has been given to the Crime Branch.

Meanwhile people on social media, questioned the silence and hypocrisy of all those bollywood actors, left liberals and intellectuals, who were quick to name, blame and shame Hindu religion, temple, and goddess (Devi), when the incident in Kathua had happened. Whereas, the postmortem report in that case, says that the girl was not even raped. The Youth wishes that strict action is taken against the culprits, irrespective of their religion. 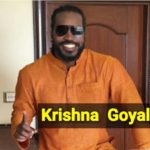 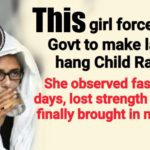