If you have big dreams, define your own success, stay motivated and work hard, there will be no boundary to what one can achieve in life. Upendra Rana, who is being seen as a role model by many young entrepreneurs, never thought that he would become writer and entrepreneur. Today, he has years of experience in digital marketing. Rising East defines him as the “first Indian writer” who wrote a book on SEO and a Delhi based Hindi magazine Brahmasagar named him “Ruchi se miltey Rozgar.”

The Youth decided to feature after coming across his story on a popular website of India. Even we were shocked to see how such a young boy could achieve all this. You must have seen him in newspapers, regional or national TV channels. He also got interviewed by Radio FM 90.4, Program name: SALAM NAMASTE. Upendra was born on 27th of February in 1889 in Changlang of Arunachal Pradesh. He was a dreamer right since his childhood but never thought that he would win dozens of Awards in the few years. He had a longing to bring about some revolution in the field of computer but during his college days, there was no book available to him in local languages. He struggled hard and attained the degree with high percentage. But when he went out seeking a job, no company offered him one. In fact many of them threw him out. It was his struggling time. Then one company gave him a job with a very low salary.

Only After enormous amount of hard work, Upendra today has his own IT Company “Make Your Brandz”, which is fairly popular in India. 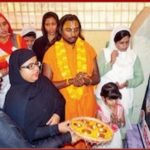 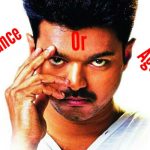