The influential Islamic seminary, Darul Uloom Deoband issued a new ‘fatwa’ (edict) where prohibiting Muslim men and women from worshipping any other God than Allah.

“If anyone worships any god except Allah, they don’t remain Muslim,” said Darul Uloom, apparently referring to Muslim women who performed aarti on Diwali in Varanasi.

The fatwa was issued on Saturday.

The development came days after the Islamic seminary asked Muslims to not post their pictures on any social media platform like WhatsApp, Facebook while terming it ‘un-Islamic’.

The seminary issued the fatwa days after a person submitted a written question to Darul Iftaa, asking it to explain whether posting pictures of himself or his wife on Facebook and Whatsapp was un-Islamic or not.

In the wake of this query came the fatwa saying that Islam doesn’t allow the act.

Reports have it that earlier this month, the Darul Uloom Deoband also issued a fatwa calling ban on women plucking, trimming, shaping their eyebrows and cutting hair.

Darul Iftaa had then clarified that there are ten acts, including eyebrow plucking and hair-cutting which are banned for Muslim women under Islam. 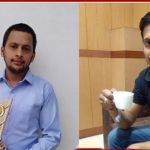