The reason why  science flourished in the western part o the world was that the people did respect their scientists and researchers. Many a time they terribly filed in their research, but the people kept on backing them up. Scientists in the west always remained motivated and enthusiastic. This is what the Indians lack in; they hardly take any interest in their science legends. This is the major reason why science in India got amputated in the recent centuries despite the fact that ancient India was quite rich in scientific approaches until 8th century AD.

Indian professor Manoj Kumar from Kerala  has been doing research on the origin of life for the past 14 years, but he hardly received any attention from the ordinary people of India. Without doubt, if he was in the west, he would have been regarded as a hero. After years of research both scientifically and spiritually, he has proved the western philosophy, on the origin of life, wrong. In his research papers, he communicates that the western scientists could not arrive at a conclusion on how the first cell was formed. They rather appear to have headed in a wrong direction and presented an incomplete  and improper theory to the world.

According to him the first cell was formed from lunar dust, the sun, the moon, the 9 planets, 27 stars, 12 Rashis, the water, the air and the atmosphere-  all had played a crucial role in formation of the first cell. He suggests even even Charles Darwin was not aware of this phenomenon, this lead him to the conclusion that the formation of first cell was “accidental”. Darwin himself says in his book “the origin of species ” the term accidental was used because the real reasons were unknown to him.

According to Charles Darwin’s evolution is driven by natural selection and mutation. According to the Indian professor evolution is driven by 9 planets, 27 stars and 12 Rasis. The background process that facilitates natural selection and mutation are the cosmic play driven by 9 planets, 27 stars and 12 rasis which charles darwin was not aware of. The professor presented his paper in the 24th swadeshi science congress held at tirur,kerala in november 2014.

According to him highly evolved consciousness can take the status of stars, the status of solar systems, the  status of galaxies, the status  of universe etc. All his findings are deducted after thouroughly analysing both scientific and spiritual aspects especially from the teachings of Navajyothi Sree Karunakara Guru-  based on sanathana dharma. Nostradamus had prophecied  about guru years back .His prophecy is  that a seer from three seas meet, who considers thursday as prayer day  and lotus as symbol will take India to a supreme power and will regain its lost glory.
Spirituality starts from a dimension called Jagrat Sushupthi. It’s also called Turyam or super consciousness. If you walk the path of mystics you can reach there. It appears when all your ego trips vanish, false identities are removed and when you have transcended the mind and thought processes. This is  one of the highest forms  of intelligence that does not fit in to the parameters of logic . But this state can be experienced. At this state your individuality fully dissolves and you will be in tune with existence.
The evolution of life force in to cosmic entities can be described only by a guru of the status brahmavareshtaan ( Guru of all Gurus). A scientist will not be capable of doing that. If we analyse the  theory of maslow, a  scientist comes below  the need of enlightenment. Only enlightened mystics experience Jagrat Sushupthi if we analyze Kolbergs theory of moral development, we can see that attributes described by the highest states are fulfilled by gurus but not by scientists.

If we analyze the Pancha Kosha concept of thaithariyoupanishad a scientist lies only in manomaya kosha. A scientist uses thoughts as his tool to analyze facts and to  bring out meaningful observations. But a mystic has transcended Manomaya Kosha or thoughts and lies in Jagrat Sushupthi. So it is not the scientists or common man who can decide whether this theory is true or false. Only Enlightened mystics can state whether this theory is true or false.

Only Enlightened mystics can state whether this theory is true or false. Shishya Poojitha Amrita Jnana Thapaswini  of Santhigiri Ashram is only capable of that  now. The Rishis of Santhigiri Ashram led  by Swamy Guru retnam Jnana Thapswi has extended their full supported to reach this concept based on guruvanis to the common man. In his book  Namme Kurichunammal Ariyunnathu, Lukos describes the same concept using rebirth which is  the theoretical basis and the reference book for the above work. Kannan Vasudevan  a devote of santhigiri Ashram proves the same concept using his mathematical model called distributed time. Even though the medias and beaurocrats discarded this theory, this very theory is going to bring India back to it ancient glory. The video of the above presentation can be viewed in you tube. The scientific paper is available on www.scrollcafe.com 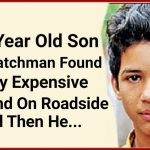 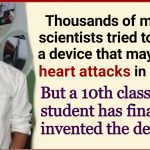