The journey from a small town in UP to the maidans in Kolkata and all the way to the Indian Cricket Team has been no less than a fairy tale for Mohammad Shami Ahmed. This man who rose to become a ‘deceptively’ potent fast bowler has stunning rags to riches story, setting a huge example for commitment.

Mohammad Shami came from a village named Sahaspur in UP which lacks basic facilities for cricket and still gets electricity only for eight hours a day. His father, Tousif Ali, was a farmer who backed Shami despite the feeble economic conditions of the family and encouraged him to pursue his dream.

But nothing worth having comes easy! He missed out on his selections for the under nineteen UP team. With an unshackled determination he went to Kolkata, all alone at the age of sixteen. He knew no one there and had no place to stay. All he had was an unflinching desire to make a career out of the sport.

Shami’s talent was noticed by a person named Debabrata Das who helped him to make it to the under 21 UP team and said , “Shami never wanted money. His only goal was the stumps, the sound that comes from hitting the stumps.”

Shami made his debut in international cricket in 2013 against Pakistan when he bowled a record of four maiden overs. Being the third fastest Indian to reach the mark of fifty ODI wickets and having a dream debut in test cricket, taking 9 wickets for 118 runs- the most by an Indian pacer in debut test- he was undoubtedly believed to be the Indian bowling future. He soon became popular as the reverse spin specialist.

Life was never easy for Shami even after getting selected in the team. After a commendable performance in 2015 world cup with 17 wickets and an economy of 4.81 he revealed that he bowled through pain in his left knee which kept recurring, following which he underwent a surgery.

In 2016 during a test match against New Zealand his 14 month old daughter, Aira, was admitted in the ICU. Playing the role of cricketer in the day and father at night, he was composed and gave his best. He was exceptionally good with the ball and India went to win the test and No.1 rank in tests as well. 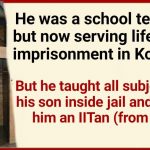