Amidst so much corruption being done by our politicians, I would dare to say there is no dearth of honesty in politics. There are so many honest leaders in the country, though we need to shed a fair amount of light to them as well, which we often don’t do.

These leaders heartily want to do something for the betterment of the country, however they get support neither by the fellow politicians nor by the people, which of course de-motivates them. Great scholars have cleverly argued that the country cannot be improved by politicians unless the locals stand up.

The story of Jamuna Prasad Bose is no less than a surprise in Indian politics as he has gone even beyond honesty. One may be honest but it takes a lot to be a Jamuna Prasad Bose. He is now a days in the news for a reason. Although he has been living the very lifestyle for decades, the media started discussing his simplicity in a sudden way.

The 92 year old leader was a four time MLA and minister for two times, yet he lives today in a rented room. He sold his parental house for his sister’s marriage in 1955 and shifted to a rented room thereafter. He earned enough salary when he was serving in politics but donated most of them to poor and needy people. Therefore he couldn’t buy a home for himself.

On the contrary, some leaders secure the life of their entire family and relatives once they get elected only for five years. Many of their family members get government jobs all of a sudden. Jamuna Bose never misused his post for self benefits.

People of the locality call him another Subhash Chandra Bose. They still want him to become their leader again. The 92 year old still does every possible work for the betterment of people. Most of the pension he receives is spent on medicines; nevertheless he still helps needy people with whatever is left to him. 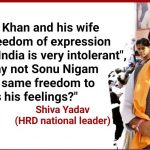 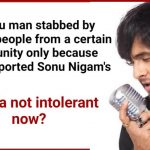