Mewat, the Muslim-dominated district in Haryana, made the headlines for all the wrong reasons after the news of the brutal murder of Nikita Tomar by one Tauseef, belonging to an influential family of Congress politicians, from the district came to light.

Now, another incident of abduction and alleged forced conversion of a Hindu nurse has been reported from Nuh in Mewat, Haryana. The news came to the fore when the father of a nurse filed a complaint at the Bichhor police station against a man who abducted her daughter.

The accused has been identified as Muhammad Iqbal, a resident of Neemka village. Om Prakash, the father of the woman, alleged that Iqbal, who was stalking his daughter for the last six months and forcing her to convert to Islam, abducted her when she resisted to his demands.

Om Prakash, a resident of Mahindergarh, complained to the police on Thursday that his 24-year-old daughter was kidnapped from her workplace on October 26 and that her mobile was found to be switched off since the incident. He alleged that his daughter had told him last month that the suspect was stalking her and forcing her to convert and marry him.

The police have registered a case against Muhammad Iqbal under sections 363 (punishment for kidnapping), 365 (kidnapping), 506 (criminal intimidation) and relevant sections of the SC/ST Act on Thursday for allegedly kidnapping and threatening a woman employed.

Om Prakash, the father of the victim, said that when his daughter had visited them last month she appeared scared and stressed. She had asked him to speak to the police as she claimed that Iqbal was stalking her and was threatening her to marry him. “The man was forcing her to convert and marry him. She has been refusing his moves for the last six months but he often intercepted her way and forced her to speak to him,” he said.

Meanwhile, the additional station house officer (SHO) of Bichhor police station- Attar Singh said on Friday that they had conducted raids at suspected locations but were yet to recover the victim and the suspect. “We had gone to the village of the suspect. However, his father told us that although his son had come with a woman, they both left after staying in the village for a day. He has no idea where they have gone. We have taken the records of the call details of the suspect and the victim and are scanning them to get some leads in the case,” he said. 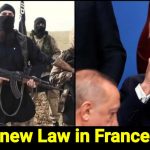 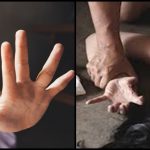