Millions of people die owing to a want of blood every year. According to a 2012 World Health Organization (WHO) report, only nine million units of blood are collected annually, while the need is for 12 million units. Another study suggests that Delhi (NCR) alone faces a shortage of 1,00,000 units of blood every year. Blood is something that can’t be produced at a pharmaceutical factory. It can only be donated by humans for the needy.

There are many other problems in the arena of health care which need to be tackled at the earliest point possible. There is lots of corruption in this field. Doctors often prescribe pills of a certain pharmaceutical company which gives them commission for favor. Pills, with the same chemical composition available in the market at a far cheaper price, are not suggested by doctors. Many a time the poor are affected by this sort of corruption as they can’t afford costly tablets due to their financial problem. This is widely known as prescription scam. The question will be on your mind how to prevent this corruption so that people won’t have to unnecessarily cough up money to the doctors?

Krishnakant Tiwari, who hails from a poor village near Varanasi (Uttar Pradesh) and now lives in Bangalore, saw a documentary film on the prescription scam on TV and he desperately wanted to do away with all this mean practice. He worked day and night to find a solution thereto and ultimately his hard work paid off. After three years of selfless work, he came up with a unique app (which is the first of its kind in the country) by the name of Ausodhyatmika, which won a national award for its amazing role in the society, as it carries features that will not only prevent corruption in the whole country but also sort out many health related problems- we will -discuss in the following paragraphs.

As in the opening paragraph I talked of how people die of unavailability of blood. Krishnakant has empathetically tried to deal with the situation. With one click on the app you can get the entire details of blood donors, blood banks (within 5 kilometres of your current location) with their contact numbers and all important data. He has developed the app in such a way that you can use it anywhere in India.

Similarly there is another section within the application which helps you fight prescription scam with ease. You just need to type the name of the tablet on the search bar and you will get several medicines with the same compositions with different prices. The app has auto-enabled feature which helps the user to get the results by typing only 2-3 characters. Just by using this app Ausodhyatmika, you can save not only extra money but also the whole country reeling under this kind corruption.

Thousands of people have downloaded the app so far. And his app has benefited around 2 lakh people in several ways. We, at TheYouth, thank this great soul for his unmatched contribution to the country. 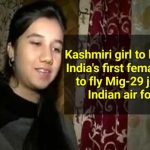