Several people are frequently reaching out to him on Twitter and are seeking his help and support on various matters. Every day Sonu Sood’s Twitter timeline gets flooded with several genuine requests for help. The actor has been doing his absolute best to reply to as many people who are in this coronavirus crisis.

The actor who has been using social media portals to help the less fortunate receives countless requests for help daily. Nonetheless, on Monday, he received a hilarious request from a fan. The fan replied to one of Sonu’s tweets and added that his girlfriend was demanding an iPhone. He asked Sonu Sood if he could help him with that. The fan wrote:

“भाई मेरी गर्लफ्रैंड iphone मांग रही है,उसका कुछ हो सकता है??” (Translation: Brother, my girlfriend is asking for an iPhone, can you help with that?)

The tweet drew the attention of India’s hero Sonu Sood and the latter came up with a hilarious reply to the fan. Sonu left everyone in stitches with his savage reply. He wrote: “उसका तो पता नहीं, अगर iphone दिया तो पर तेरा कुछ नहीं रहेगा “

(Translation: I don’t know about that but if I get her a phone, you won’t benefit from it),

Here, check out the reply:

Here’s what the boy’s girlfriend replied:

A Twitter user tagged Sonu Sood and asked him for an iPhone. He also explained in his tweet that he has tweeted like 20 times. He wrote: “Sir @Apple iPhone chahiye .. I have tweeted for like 20 times 😁😁.”

Sonu Sood who came across the tweet gave a smart reply to the fan. He told the fan that he himself needed a phone and was also ready to tweet like 21 times considering if that could get him the phone. 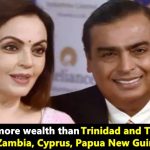 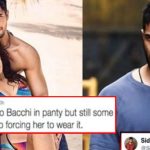