Case in point, Indian actor and producer, Kamaal Rashid Khan makes the headlines for all the controversial reasons. Well, he didn’t wind up in controversies for the first time. If you remember, he appeared on Big Boss season 3 and was evicted on the 19th day for his distasteful behaviour.

Meanwhile, he made a shocking comment on Alia Bhatt. Yes, you read it right. KRK made a nasty remark about Alia Bhatt while referring to the 2016 Vogue cover of Sidharth Malhotra and Alia Bhatt.

While several users liked the Vogue cover, KRK wrote: “Alia looks so Bacchi in panty but still some people keep forcing her to wear it.”

The tweet caught the attention of Sidharth Malhotra, who came up with a savage reply to KRK. In his response, Sidharth trolled KRK and wrote: “Sir! We also try very hard to tell u to shut up but u keep tweeting! @kamaalrkhan” 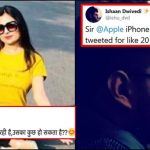 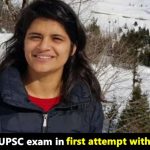