It takes huge courage and resilience to make it to the big screen especially when you’re a small screen actor. When the entire industry is dominated by the Khans and the Kapoors, the majority of the small screen entertainers are left behind no matter how they contribute to the Indian cinema.

Sushant Singh Rajput’s untimely death has prompted the entire Bollywood to reflect on the ongoing nepotism that has destroyed the careers of many famous actors. So, here is a list of a few famous actors who are hardly seen in Bollywood films, even after hit films.

Bengali actress and former Miss India Universe, Tanushree Dutta set her mark in Bollywood after appearing in the blockbuster film Aashiq Banaya Aapne, in which she co-starred with Emraan Hashmi.

She’s appeared in films such as Chocolate, Dhol, Danger, Apartment, Saas Bahu, and Good Boy Bad Boy. She later joined the ‘Me Too’ campaign and accused Nana Patekar of molesting her on the set of Horn Ok Please. After Horn Ok Please, she quit the industry and was not seen in any other Hindi films.

Popular Indian television actor Ronit was born into a Bengali family and has appeared in many TV shows as well as a few successful movies such as Udaan, Jaan Tere Naam, and Student of the Year.

His acting abilities were recognised with a Film Fare trophy, two-screen awards, and five ITA awards. Despite this, he was unable to make a name for himself in Bollywood.

Prachi Desai was well-known for her adorable appearance as well as her exceptional acting abilities. Her outstanding acting abilities were showcased in films such as Once Upon a Time in Mumbai, Rock on, and Bol Bachchan. She did not, however, remain in Bollywood for a long time and has not been seen in films in a long time.

Rahul Roy used to be a model and gradually rose to prominence after the release of his blockbuster film Aashiqui. Following Aashiqui, he starred in Sapne Sajan Ke alongside Karishma Kapoor.

He appeared on Bigg Boss in 2006. In 2011, he debuted as a producer with the release of his first film, Elaan.

Bhumika Chawla is a Punjab based Indian actress who had started her career with South Indian Film. She debuted in the Tamil film Yuvakudu in 2000 and in 2001 she worked in Kushi which got success at the box office.

She acted in several Telugu movies. She worked in the Telugu movie “Okkadu” starring Mahesh Babu, Prakash Raj which became the ultimate Blockbuster at the box office. She made her Bollywood Debut Tere Naam opposite Salman Khan where her performance received many appreciations.

She was nominated for a Film Fare award for Best Actress for this film, and she also won the Best Debut trophy at the Zee Cine Awards ceremony. She then appeared in another well-known Bollywood film, Run. She later appeared in Silsilay and Dil jo Bhi Kahey. She was also in the film Family-Ties of Blood and Gandhi, which did not do well at the box office, but she then vanished from Bollywood and returned to the Telugu film industry.

Despite having amazing acting skills and directing some of Bollywood’s biggest hits, Bhumika struggled to leave an indelible mark on the industry. She was last seen in M.S. Dhoni in 2016.

Gracy Singh has starred in films such as Lagaan, Gangajal, and Munnabhai MBBS. Nonetheless, Gracy Singh did not remain in Bollywood for long and abruptly left.

Anu Aggarwal was well-known for her outstanding role in the blockbuster film Aashiqui. However, she was involved in a major traffic crash in 1999, which resulted in a 29-day coma.

When she recovered her senses, she experienced memory loss, making it difficult for her to return to Bollywood. She is now a weight lifter, and since her injury, she has taken part in several powerlifting competitions.

Vivek Mushran rose to prominence with the release of his hit film Saudagar in 1991. Following this film, Vivek appeared in a number of other Hindi films, including Seventh Akash, Ram Jaane, and several others. However, he was unable to remain in Bollywood for an extended period of time, and he soon left the industry. 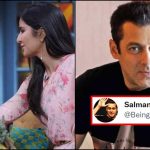 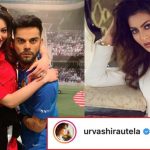