An Asian father made the headlines for a ‘bizarre reason’ and it is the astonishing thing you will read on the internet today. Guess what? Let’s see what the story actually has in store for us.

A millionaire dad hailing from Chumphon province in southern Thailand apparently wants to offer a staggering USD 314,166 (Rs 2,19,65,701) slightly more than 2.1 crore Indian rupees approximately, to any man who comes forward to marry his virgin daughter.

As per the reports from Mirror, Arnon Rodthong was so annoyed with his 26-year-old daughter identified as Karnista for “not getting married” that he wished to plan and arrange her wedding like this. Karnista, who reportedly is a university graduate, speaks Chinese and English fluently according to her father, was not getting married, so her father had thought for a long time and came up with a plan.

According to him, the man should possess three unique qualities to marry his daughter, which are, “He doesn’t have to be that smart – just able to read and write. Please don’t bring your degrees to cluster the house. Hard working and not lazy. Stingy about money and loves durian.”

Arnon Rodthong is a durian farmer, with the largest ever business in his locality, so he wanted someone who could manage his business, as reported by Mirror.

“I want someone to take care of my business and make it last. I don’t want a person with a bachelor’s, or master’s or philosopher’s degree. I want a diligent man. That’s all. As soon as I have an in-law, I will give up all my assets to him,” he said.

After Karnista got to know about the news she was really surprised by it. “I was surprised but I can see the funny side to it, too. It is true that I am still single. If I have to get married to someone, I only want him to be a diligent and good person who loves his family,” she said. 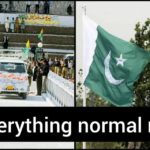 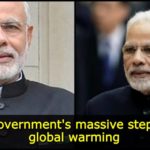