Bollywood celebrities are well-known for their acting skills and beautiful lifestyles. These celebrities also support a wide range of brands, thus increasing their sales and fame, but at the same time, they establish their brands as well.

In this article, we’ll talk about the Indian celebrities who have their retail brands.

All About You – Deepika Padukone

Deepika Padukone established her apparel line, All About You, in 2015. Myntra and Jabong both carry this brand. However, this brand is also accessible in Walmart Canada.

Nush was created in 2017, and the brand’s owner is the stunning actress Anushka Sharma. Anushka Sharma’s style is represented through this brand, which sells women’s clothing and accessories.

Tiger Shroff launched his clothing line, Prowl, in 2016, which includes t-shirts, tanks, shirts, hoodies, and more. These items can be found on Amazon.

In the year 2018, both Sonam and Rhea Kapoor debuted their fashion label. Rheson is a brand that is sold at Shoppers Stop.

Saif Ali Khan owns this brand, which specializes in ethnic apparel. On the other side, Soha Ali Khan is the brand ambassador for this company, and Myntra has partnered with them.

In the year 2018, Jacqueline launched his brand and it is available on Amazon.

Being Human is a name that doesn’t need to be explained. Salman Khan started this company in 2017 to raise money for the Mumbai-based Being Human Foundation, which was launched in 2007. It raises funds for education and healthcare for the economically backward sections of the society by selling garments and accessories.

Shahid Kapoor launched his own fashion company in 2016. He was the first person in India to start abof.com, the country’s first athleisure website. 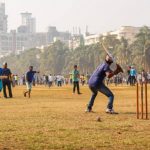 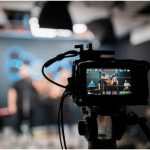