Celebrities have such a large fan base that many people look up to them. So there’s no risk of making a mistake or contradicting oneself. However, there have been occasions when celebrities have made remarks that contradicted their earlier declarations.

1. Aamir Khan voiced his discomfort with the content and language used during AIB Roast. He said, “My opinion is that it was a violent show. Karan and Arjun are my friends and I scolded them and told them that I was not impressed with it.

If you think 25 abuses can impress me, then you’re wrong. I’m not 14 anymore; abusive language doesn’t excite me. If you can make me laugh without hurting anyone, that I’ll appreciate it. I don’t think jokes about the colour of skin or one’s sexuality are funny at all.”

However, when making Delhi Belly, an adult comedy, Aamir Khan appeared as a guest star while his nephew played a major part. Aamir defended himself by saying,
The youth of the nation today talk in that manner. If you cannot stand such language, please don’t watch the film. All good.

2. Ranbir Kapoor opted not to reveal specifics of his personal life to the public in the run-up to the release of Bombay Velvet and the hype around Ranbir and Katrina’s relationship.

Ranbir stormed out of the promotional event of Roy when the media asked about his then-girlfriend.

During a trailer premiere for Bombay Velvet, though, he jokingly made a reference to Anushka Sharma’s friendship with Virat Kohli in Star Sports. That was a bit of a contradiction!

3. Kareena Kapoor Khan stated during a Veere Di Wedding press conference that she believes in equality but is not a feminist. Kareena Kapoor is one of the rare actresses that is open and honest, yet her candour frequently leads to her putting her foot in her mouth.

She implied: “I believe inequality. I wouldn’t say I am a feminist, I would say I am a woman and above all, I am a human being. I am also as proud to be known as Saif Ali Khan’s wife, as I am to be Kareena Kapoor. So that is just the way I am.”

However, in another interview, Kareena claimed that she doesn’t have to yell about women’s rights to be a feminist. We’re perplexed, Bebo.

4. Sonam Kapoor highlighted her displeasure with the increase in air pollution in Mumbai around Diwali in a tweet. She later shared photos of herself spending New Year’s Eve in London with firecrackers.

5. Kangana Ranaut said at the 2017 India Today Conclave that it doesn’t matter if you’re an insider or an outsider in the film business as long as your audience supports you. She said: “The truth is that (insider or outsider) really doesn’t matter.

It’s hard to get your first break but once it releases, it’s up to the audience. So many of them have been rejected no matter where you come from. You come from mountains like me or from California, it doesn’t matter. It’s people who decide in the end and nothing else really matters. Everyone has the struggle to go through.”

But nowadays, the actor doesn’t miss a chance to bash celebrity kids for their wealth, and she’s outspoken about how the film business favours celebrities and makes it tough for outsiders to thrive.

6. Sania Mirza previously tweeted while advertising the One Plus 3T that she had been using the phone for a few months and enjoyed it. However, netizens quickly discovered that she had tweeted from her iPhone.

7. Following the terrible murder of George Floyd, Priyanka Chopra expressed her support for Black Lives Matter on Instagram. She did, however, push fairness creams in India for a long time. 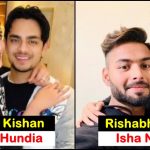 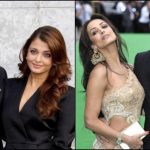