The IPL has begun, and billions of young women are drooling over the next generation of cricketers. Cricket is much more than a game in India. Regardless of their faith or caste, people have actually sat together and watched and discussed this game.

T20s, ODIs, the Indian Premier League, and the World Cup are among the formats that people like watching. The audience is interested in their personal lives and disputes in addition to games.

In this article, we will take a glimpse at the young Indian cricketers and their love affairs.

This young cricketer is currently dating Isha Negi, an entrepreneur and an interior décor designer. They are both successful and content in their lives.

Prithvi Pankaj Shaw’s life changed in 2013. He had a poor record of 546 runs at the start of a Harries Sheild match. He set the record when he was 14 years old, and it was broken by Pranav Dhanawade in 2016.

He is the second-youngest Indan to make a test debut and score a century, after Sachin Tendulkar. He is a right-handed batsman who represents Mumbai in the Ranji Trophy and Delhi Capitals in the IPL.

In the year 2020, this young talent captured everyone’s attention due to rumours of a relationship with TV actress Prachi Singh, who rose to prominence after portraying Vanshika Sharma on the Colors TV drama Udaan. This young pair was observed commenting on social media by fans.

According to rumours, he has been dating Athiya Shetty, the daughter of actor Sunil Shetty. In the year 2019, they were introduced via a common friend. Fans have observed them on each other’s social media several times.

Ishan was born in the state of Bihar. He made his World Cup debut in Dhaka in 2016, and his first international debut in 2021. He is also a left-handed batter and wicket-keeper for the Mumbai Indians in the IPL. Ishan Kishan has recently been linked to Aditi Hundia.

Aditi began her career in 2017 as a contestant in the Miss Indian Pageant, where she was crowned FBB Colours Femina Miss Idia Rajasthan. This couple has been dating for two years and they also post on Instagram.

Shubham Gill began his career as a U-19 player in 2018. He won the “Emerging Player of the Year” award in the 2019 IPL, as well as the BCCI’s finest youth cricketer title for two consecutive years. This teenage cricketer is dating Sara Tendulkar, Sachin Tendulkar’s daughter.

Sara backed Gill on social media during the IPL 2020 season. When Kolkata Knight Riders were defeated by Mumbai Indians, she lauded his fielding on Instagram. 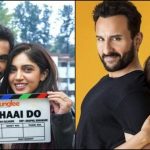 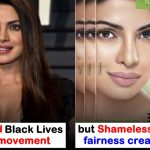