Jasprit Bumrah is arguably the best bowler in the world across formats without any doubt. The right-arm fast bowler is known for his ability to take crucial wickets in crunch situations of the game and this is what sets him apart from most other bowlers.

He is currently part of the ongoing edition of the Indian Premier League. He plays for Mumbai Indians in the competition. Currently, the five-time IPL champions are at the bottom of the points table and are yet to win a game this season.

The world-class bowler has taken 8 five-wicket hauls in the longest format whereas he has taken only one fifer in One-Day Internationals. Apart from this, he has also emerged as one of the most trusted death-over bowlers for his pin-point bowling skills.

Meanwhile, one of the fans took to Twitter and posted a tweet to draw the attention of former South African fast bowler Dale Steyn. The fan was of the opinion that Bumrah is better than Dale Steyn. His tweet reads, “Bumrah better than you”.

His tweet caught the attention of Dale Steyn as the former pacer decided to reply in the best way possible. “I’m sure he is, I’m retired.”

Meanwhile, Steyn was one of the important pacers of South African cricket history. He has featured in 93 Tests, 125 ODIs and 47 T20Is for Proteas whereas he has taken 439 wickets in the longest format of the game. He has taken 196 wickets in ODIs and 64 wickets in T20Is. 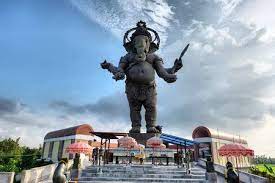