Questions were often raised to Arnab Goswami for being too loud on camera, for relentlessly speaking without break and shouting unnecessarily at his panel guests on Republic Bharat. Analysts, ministers, politicians, and even actors are intimated by Arnab’s vociferous nature. Arnab has certainly excelled in being a TV anchor for he has never been defeated once in any debate and has never let down his guard. In an interview with OP India, he reveals why he prefers to shout during his show.

Arnab says he cannot be soft or artificial on the show neither put up an act. He questions the hypocrisy of his critics who accuse him of being too loud. Taking a dig at Aaj Tak journalist Rajdeep Sardesai’s interview of Rhea Chakraborty, who is the prime accused in late Sushant Singh Rajput’s alleged suicide case, Arnab contrasts how he has been highlighted as a criminal for merely shouting, while Aajtak decided to interview the accused for publicity. Even during the media trial of SSR’s case, Arnab was also accused of airing the subject matter too long, often which is leading to sensationalism of the subject. Arnab refutes these allegations, asks other journalist firms to keep their nose in their business.

“It is my channel, my network, what is your problem?”

Arnab says that he has won over people and they love watching him on Republic. He urges other news channels to show what they deemed to the public.

He also accused other news channels to have obtained media partnership with Shaheen Bagh and airing the script for days. While the protesters blocked the roads, the alleged news channels who ran the narrative for too long must be questioned on the same ground. Apparently, at 11 or 12O’ clock slots, the reporters were feeding lies to the audience about Shaheen Bagh. Arnab sarcastically remarks that they were narrating poetry during the prime time when they should have covered on the worst violation of human rights faced on roads and pathways during the protests. Arnab kept letting the country know that it was about to witness one of the biggest communal riots in India and it happened.

“I hold these news channels responsible for the riot; doing a riot and supporting a rioter is the same thing”

Arnab concludes by saying that he has been running the case for too long because he believes in it. He once reported on commonwealth games camp and had faced the same criticism. “Ye tarika hae?” said the critic, Arnab was once again questioned on the authenticity of journalism.

“The same people who do coquettish interviews with scammers and the accused have no moral right to ask me why I am doing such things for too long.”

Arnab is proud to have sustained attacks from Lyuten media who have no courage or spine, to fight corruption and to make people fight against injustice which they tend to forget over time. He stood strong even when media channels complained against republic Bharat to Delhi’s Information and Broadcasting Ministry and was given death threats.

Now Republic Bharat has secured the number 1 position in India headed by Arnab Goswami, beating its rival Times Now and other news portals in the English genre. 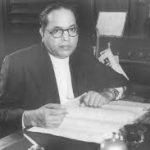 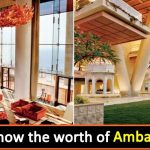