Self Proclaimed “Messenger of God” Horacio Villegas, who was spot with the prediction that Donald Trump will reign supreme in the Presidential elections of the United States of America, has predicted the exact date when the World War 3 will begin. Surprisingly, he actually predicted Trump’s victory in 2015, when not one person gave him a chance to go all the way.

Horacio Villegas believes nuclear war will break out on the 100th anniversary of the visitation of Our Lady of Fatima. He apparently predicted about Trump that “the billionaire businessman would become the “illuminati king” who will “ bring the world into World War 3”.

Many still think these kind of predictions as a publicity stunt but many of Horacio’s predictions about the events that will happen this year have actually come true.

Villegas warned the US leader would attack Syria, which took place earlier this month when Trump launched a huge air strike on an airbase in Homs. He also predicted that it would bring Russia, North Korea and China into the deadly global conflict – something which, if the prophecy is to be believed, may be just WEEKS away.

It is claimed that Our Lady – another name for the Virgin Mary, mother of Jesus – visited Fatima in Portugal on six different occasions. The first visitation was said to have taken place on May 13, 1917.

This was the day, according to the Catholic faith, that Our Lady warned people that if her requests to convert Russia to the faith were not followed, God would use the country to wreak havoc on the world. Villegas is convinced war will break out on the 100th anniversary of the visitation – in less than four weeks’ time.

The last visitation is said to have occurred later that year, on October 13, 1917, where sje s believed to have announced: “The war is going to end, and the soldiers will soon return to their homes.

Dalda vs Desi Ghee, which one will kill you sooner? Full information inside 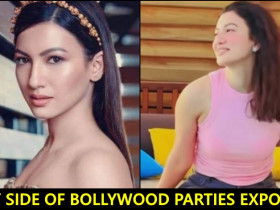 List of 10 easiest jobs in the world which you didn’t know, details inside Russian model says if Covid-19 destroys half of humanity, Earth will benefit