Bollywood actors are not only well-known for their performances but also for their personal lives. They spend a lot of time with coworkers apart from spending time with family members

They are surrounded by workers who prepare their food, work in their homes, carry their belongings, and care for their family members, among others. These workers are highly compensated, but they also had to deal with the hectic schedules of Bollywood celebrities.

Alia is a nice and pure person in real life as well as on-screen. She attended her domestic helper’s wedding and astonished everyone. She was dressed traditionally and had a great time at the celebration.

Everyone was taken aback when they saw her at the wedding, but she went in as a normal female and smiled as she took pictures with the couple.

Aamir Khan is well-known for his outspoken views and incredible films. Aamir travelled to Channarayapana, a village near Bangalore, to attend his collaborator’s wedding.

He was invited, but no one expected him to show up at the wedding; everyone was surprised and delighted to see him. He went there with his wife, Kiran Rao, and had a great time.

In real life, the most beautiful Aishwarya Rai Bachchan is a very sincere and down-to-earth person. She attended her guardian’s wedding in Mumbai. The former Miss World went there and joyfully took pictures with the locals. She is not just one of the best human beings in Bollywood, but also in real life.

Salman Khan is a name that everyone is familiar with. Not only for his performance but also for his tumultuous personal life. He not only assisted many young performers in beginning their careers in Bollywood but was also known for his friendliness toward his employees. So he attended the wedding of his driver’s son with his entire family, as well as Matin Ray Tangu, one of Salman’s co-stars. 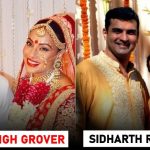 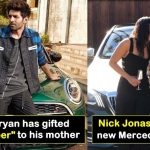