Rocky Bhai, also known as Rocking Star YASH, is an up-and-coming Pan-India Superstar in Indian cinema and he is set to unlock yet another achievement with KGF Chapter 2. KGF’s debut chapter, released in December 2018, made him an instant celebrity and big star across the country.

We’ll disclose 10 fascinating and unknown facts about Kannada actor Yash that everyone should know.

1.Yash’s true name is Naveen Kumar Gowda, and he comes from a middle-class family in the Hassan region of Karnataka. His father, Arun Kumar, was a bus driver for the KSRTC transportation system.

2.When Yash was young, he portrayed a role in a school theatre performance, which sparked his interest in acting. All edgers and peers praised his performance, inspiring him to pursue this as a career. He wanted to make a career out of acting and dropped out of school at the age of 12 to devote himself to regular practice.

3.Yash had always aspired to be a BIG SCREEN HERO, which is why he moved to Bangalore from his birthplace. He learned the intricacies of acting while working as a theatre performer in this city.

4. Yash began his career in showbiz with the television series Nanda Gokula, which was followed by a few more Kannada-language serials. In the early years of his career, Yash mainly performed supporting roles, and his big break came in the shape of a cameo performance in the Kannada film Jambada Hudugi in 2007.

5. Yash tied the knot with Radhika Pandit, an actress, and they have two children together. They met on the set of the television show Nanda Gokula and dated for six years before marrying in 2016. With the 2008 film Moggina Manasu, Yash and Radhika made their film debut together. The duo has collaborated on four films thus far.

6. Yash is the highest-paid actor in Kannada cinema right now, and he is the only Kannada actor with a 200-crore film under his belt. KGF Chapter 1 has a global revenue of more than Rs 245 crore. Interestingly, KGF is the first Kannada film to have surpassed the $100 million milestones in box office receipts.

7. Yash is a well-known actor in the Kannada film industry. He is also involved in politics, campaigning for the BJP and the JD(S) in the 2018 Karnataka state assembly elections.

8. He felt his life had finally turned around once he was promoted to assistant director. Things, on the other hand, did not appear to be going well for Yash. Soon after beginning work on the film, other producers on the same contract pulled out, resulting in the film’s cancellation. This drove Yash to the point where he needed to spend the night at a bus stop due to a lack of funds.

9. His debut film, KGF, was set to be released with Zero, starring Shah Rukh Khan and Katrina Kaif. Many industry experts cautioned him about the dangers of colliding head-on with another vehicle.

He, on the other hand, saw this as a challenge and went on to produce one of the biggest blockbusters ever. The first chapter ended with a promise of a sequel, which would be released soon. The actor, who is a huge fan of SRK, went on to watch Zero.

10. Star of the Show With KGF Chapter 2, Yash is ready to achieve new heights of superstardom. The film is currently in its last stages of production and may be released this year or next year. KGF Chapter 2 is also Yash’s and Kannada cinema’s most expensive film. 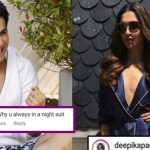 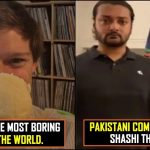