Mumbai is the capital of the film industry and home to Bollywood. Indian cinema has given a number of superstars who have made a great contribution to the film industry. It has given golden opportunities to thousands of people who have fulfilled their dreams. Several actors have achieved new heights and become role models for millions of people.

Varun Dhawan is one of the popular stars in the Bollywood industry. After his wedding to Natasha Agarwal, his fan base has doubled, and they all want to know the specifics of what he’s up to.

The actor’s Instagram feed is loaded with photos of him working out at the gym, showcasing that he is one of the fittest stars in Bollywood right now. The 33-year-old actor announced himself in Rohan in Karan Johar’s teen drama, Student Of the Year.

Varun Dhawan who has been quite active on social media asked a question to Deepika Padukone as to why she is always seen in a night suit. To which, Deepika gave a hilarious reply. It all started when Deepika had posted: “Productivity in the time of COVID-19!” on her Instagram.

In her picture, Deepika can be seen drinking juice and eating fruit. Her caption read, “Season 1:Episode 3 #drinkjuice #eatfruit Productivity in the time of COVID-19!”

Meanwhile, Varun Dhawan noticed something entirely different in Deepika’s last few pics. He asked her: “Why u always in a night suit”? Deepika replied: “Coz then I can comfortably (sleep) anytime!!!” 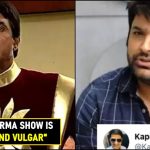 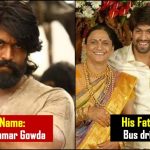