When the Covid-19 tragic situation hit us, one-liners like ‘we are on one boat’ began making round trips, and most of us repeated the same term. However, deep within our hearts, we know that we are not ‘equal’ and in the same state in this battle.

Some people are aboard the boat, some cruising while others fall into misery, poverty, and death. One-liners like “we’re all in this together” or “we’re all in the same boat” began to circulate and became a popular term among us.

However, we both know deep down that we are not on the same level or in the same situation in this struggle. Some are enjoying a vacation, while others are drowning in agony, hunger, and death.

Covid 19 has highlighted India’s shoddy and rickety healthcare system, as well as the fact that no matter how much we preach equality, we will never be equals. Some people have received benefits such as food, shelter, and even money to keep them alive throughout the crisis, even though they have been jobless for months. However, not everyone enjoys similar benefits.

We have gathered seven such examples that highlight India’s startling socioeconomic disparity as well as the country’s moral rot.

1. Amitabh Bachchan is hospitalized in a tier I hospital with covid19 symptoms, While underprivileged people are dying waiting for a bed

Mumbai is dealing with the Covid-19 epidemic because of a lack of beds and government incompetence. Although experiencing relatively moderate symptoms, Amitabh Bachchan and his entire family received priority care at a famous hospital. Several ordinary individuals have perished as a result of medical bodies’ failure to intervene in time.

2. Hand sanitisers are subject to an 18 % GST, while wealthy people spend their money on gold and diamond facial treatments

Hand sanitisers, for example, are now taxed at 18 per cent, making them even more expensive for the country’s impoverished. The numbers show that India’s poor are among the most affected by the epidemic. On the other side, India’s privileged people are splurging on Prada, Louis Vuitton, and even gold/diamond facial treatment.

3. A 66-year-old man waited 30 hours for medical admittance while a TV celebrity is examined and admitted quickly

When it comes to dealing with wealthy Indians, equality and morals are thrown out the window. A 66-year-old middle-class woman was forced to wait 30 hours for a room at Covid hospital, while TV star Mohena Kumari and her family were examined immediately and admitted to a prestigious hospital.

4. A regular man dies on the road, but the CEO of Reliance Entertainment was quickly hospitalized

After testing positive for Covid-19, a Hyderabad man falls on the road and dies while waiting for treatment. This isn’t a one-off occurrence. Several people have died as a result of a scarcity of hospital beds in the area. Meanwhile, India’s wealthier citizens are able to get examined quickly and admitted to a reputable hospital even faster.

5. In Uttar Pradesh, a one-year-old dies after being denied care, but the Delhi Health Minister receives special treatment

Instances like this demonstrate the government’s lack of concern for the country’s underprivileged. Satyendra Jain, the Delhi Health Minister, was immediately taken to a private hospital as his Covid-19 symptoms worsened. On the other hand, a toddler died in his father’s arms outside a hospital after being denied entry.

The lockdown revealed the real faces of our morally degraded civilization. Thousands of migrant workers had to walk hundreds of kilometres barefoot to go home because a wealthy businessman spent excessive money on reserving an entire aeroplane for his family. Some even perished due to the heat, dehydration, and hunger they encountered along the route.

7. During the lockdown, migrants wait months to return home while a wealthy businessman arranges a private plane for his beloved dog

Even a cat has better luck than the millions of impoverished migrant labourers who are responsible for India’s construction. The misery of defenceless migrant labourers remains ignored as a wealthy entrepreneur goes to great lengths to charter a whole private plane for his beloved dog. 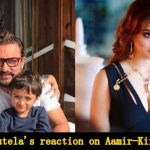 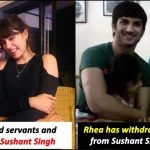