Priyanka Chopra always wants herself to be called as ‘People’s Princess. She ranked in 72 of the 100 most beautiful faces in the year 2012. Other than doing her profession, she is more into reading, writing poetries, and dancing to Indian music.

Priyanka Chopra is famous in the USA because she appeared in the American Television Series – Quantico, a thriller drama that caught the attention of the viewers. Also, she is also known for the knack for singing songs as well. The popular ones are In My City ft, Will.I.am Exotic ft, Pitbull -I can’t make you love me.

When Priyanka Chopra took on haters:

During one of the episodes of Koffee With Karan, the actress was made to read a mean tweet. The tweet read, “Priyanka Chopra’s lips are visible from the moon.” She decided to take on her haters in style. Her tweet reads: “If just seeing my lips has this effect on you, I wonder what would happen if you were close enough.” 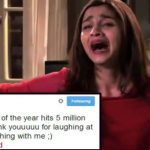 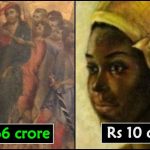