Nora came in Bollywood as an outsider but made a name for herself in the entertainment industry very soon. The actress has collaborated with many actors like John Abraham for the exciting dance number ‘O Saki Saki’ and Vicky Kaushal for ‘Pachtaoge’ which got insanely viral on the internet. She has proved her talent with her breathtaking moves as well as her acting skills.

The actress is quite active on social media and has a huge fan following. Recently, Nora was spotted with her make-up artist Marce Pedrozo. After which, a video clip went viral on social media in which the make-up artist touched the actress inappropriately while getting her make-up done. As soon as the video became viral, netizens started trolling Marce Pedrozo. Here is the video.

However, the response from Nora has not come so far. Nora has previously also shared photos and videos with Marce on her Instagram account. Fans love to see the two together.

On the work front, Nora will also be seen in Bhuj: The Pride of India starring Ajay Devgn, Sanjay Dutt, Sonakshi Sinha, Sharad Kelkar, Ammy Virk, Pawan Shankar and Pranitha Subhash. The film will be released on 14 August 2020. 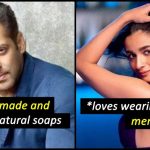 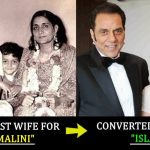