In a nail-biting finish, the National Democratic Alliance (NDA) has achieved a big victory in Bihar Assembly polls. Everyone’s eyes were on the Bihar elections as it was a tough assembly election in the state.

During the election, Congress leader Adhir Ranjan Chowdhury called Asaduddin Owaisi, president of the All India Majlis-e-Ittehad-ul-Muslimeen (AIMIM), a “vote cutter”. Chowdhury said that the AIMIM was a “tact” of the BJP in Bihar elections. He requested all “secular” parties to beware of Owaisi. According to Congress, BJP made political gain by using Owaisi in the Bihar election.

Chowdhury claimed that BJP used Owaisi in this battle to target Congress. “We were assured of a victory in Bihar but then some smaller parties cost us. Owaisi’s party has played a role in cutting our votes, Owaisi has been used by the BJP to target us”, said Chowdhury. He added that BJP also used Lok Janshakti Party (LJP) to cut down the votes of Nitish Kumar’s Janata Dal (United).

AIMIM fielded its candidates on 20 assembly seats in Bihar. Congress had accused Owaisi of being BJP’s B-team before the final phase of voting in Bihar. Congress had questioned as to why AIMIM had fielded its candidates on 20 seats in Bihar while it had contested on 9 seats only in Telangana. It is not just Adhir Ranjan Chowdhury who expressed dissatisfaction with the decision of Owaisi, Mamata Banerjee also expressed her anger against the AIMIM. 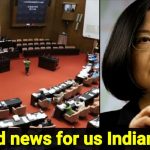 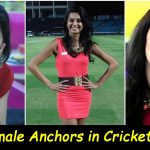