Let’s take a look at Bollywood celebrities who politely turned down Hollywood movies.

Deepika Padukone is one of the richest and prominent actresses in the Bollywood film industry. She was offered a mainstream role in Fast & Furious 7 opposite Vin Diesel and Paul Walker. But, the actress had to turn down the ambitious project as she was busy shooting for Farah Khan’s Happy New Year.

There’s no doubt Hrithik is one of Bollywood’s all-time great. Tagged as Bollywood’s Greek God, Hrithik Roshan received an offer to play the role of Vicente in Pink Panther 2. Nonetheless, the actor had to turn the offer down because he was busy with other important projects with Bollywood directors.

The ever-so beautiful Aishwarya Rai Bachchan was offered a role opposite Brad Pitt in Wolfgang Petersen’s Troy. She turned down the role as it demanded intimate scenes with Brad Pitt.

Yes, it didn’t take much time for Irrfan Khan to reject a Christopher Nolan movie. The star actor was offered the role of Matt Damon in the movie, ‘Interstellar’ and he was supposed to camp in US for four months to work with the crew.

Quantico’s main actress, Priyanka Chopra was offered a role of Freida Pinto in the movie ‘Immortal’. However, she had to turn down the offer as the schedule of the movie was coinciding with her Bollywood movie- 7 Khoon Maaf

Payal Rohatgi was approached for a movie by a French director and required Payal to shoot for as many as two long years. Unfortunately, the actress turned down the offer since she could not dedicate so much time to a Hollywood movie. 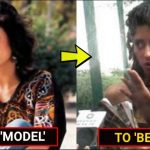