Bollywood as gold and shimmery as it appears to have several loopholes. Success can fetch you respect, money, fame, and love, but also can push you towards your downfall if you mishandle your success.

The shady side of the industry has taken many lives and some are still living but in miserable conditions. Here’s a list of ten celebrities who even after attaining a big name, have failed miserably in their lives.

Celebrated as Asia’s rhythm king, OP Nayyar was a renowned composer, singer-songwriter, music producer, and musician who attributed much to the Indian music industry. Sadly, his addiction to liquor took over his life. He abandoned his family and exchanged cash and alcohol for interviews. Before his death, he even barred his family from his funeral.

The famous Bollywood actress, popularly known as Zohrajabeen of Balraj Sahni died a lonely death one cannot imagine. After the death of her husband, she lived alone and was abandoned by her children. She accidentally slipped in the kitchen and endured a fracture. She was admitted to a hospital in Pune and the doctors recovered several embolisms in her brain. Her children were not even present at her funeral.

The young and beautiful Bollywood actress was apparently suffering from depression and was seeking medical treatment for a very long time. She disappeared from the industry and was shockingly found dead in her flat in Mumbai. After two days when nobody came forward to claim the body, it was Mahesh Bhatt who took the responsibility of performing her last rites.

Meena Kumari, the Indian actress, was the heartthrob for many yet she took the worst decision that changed her life forever. She married the love of her life, Kamal Amrohi but soon gave in to liquor addiction.

In 2010 when Raj Kiran was found in an insane state in a mental asylum in Atlanta. The star had disappeared from the industry. It was Rishi Kapoor, who was a co-star along with him in Karz looked out for him, and found him.

Mitali Sharma, a Bhojpuri actress was recently found begging in the streets of Mumbai. She used to bag good movies but stopped receiving offers and since then, she is into severe depression. Recently, two female police officers had found her trying to commit theft. She had to hit the officers to escape from the scene and then flee.

Bhagwan Dada was known to have many expensive cars and bungalows but luck did not favor him as he died in a filthy slum in Mumbai, a place of common laborers. He lost everything after his movies like Jhamela and Labela didn’t do well and thus he ended up in the streets.

He was a fresh face and stood out from stereotypical romantic roles. His fault is that he fell in love with Meena Kumari and bore her extravagant habits. He stopped acting in films and worked as a gatekeeper in a film studio. He died a lonely death in an apartment that he rented.

From Ramp to Road, her journey as a fashion model highlights the dark side of the fashion industry. She was quite successful in her life but got addicted to drugs and alcohol as a result of failed relationships. She had to start begging on the streets of South Delhi and also work as a maid. She is currently receiving psychotherapy.

He is a talented photographer in the industry and the father of actress Antra Mali. He was seen begging on the streets of Andheri in Mumbai when Salman Khan found him. Jagdish had to sell his photo studio to keep his body and soul together. 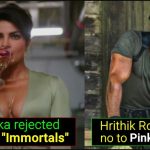 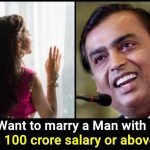