Despite being the largest film producing industry, the reason why Bollywood actors are never taken seriously in Hollywood is that these actors lack character. Bollywood is fascinated with circus act: clichéd dialogues, garish outfits, dancing, singing, and so on.

In the so-called dance numbers, women are heavily objectified, and men are asked to remove their shirts onscreen to spice things up. Bollywood is devoid of narrative; except for a handful, everything created is a slew of commercial garbage led by well-known actors to sell to the public.

For those who don’t watch Bollywood movies, it can be a little disturbing to see such big-screen stars sing and dance and basically romance and then assault each other without context.

‘The masala factor’ of this industry does not go down well with the western audience. There is a conventional journey to Hollywood recognition and success but that is meant for a few actors of this industry who have the X factor.

This famous Indian comedian has over 300 television and film credits to his name, including his comedic appearances Kabhi Khushi Kabhie Gham, and is still in demand today, as seen in Housefull 4 and other films.

Although, the actor is least interested in conquering Hollywood of all Bollywood stars. The comedian lacks star-alike looks, and his sense of humour does not convey across other countries.

In addition to acting, Priyanka is an accomplished model, singer, UNICEF envoy, and Bollywood filmmaker. Priyanka has already made it to Hollywood by starring in a number of films including Baywatch, Isn’t It Romantic, and the TV series Quantico while continuing to make films in India.

As a US college grad, the former Miss India is familiar with American audiences and has also married the famous American pop singer Nick Jonas.

Although the ‘Badshah of Bollywood could still make Hollywood films, Shah-Rukh seems to be the least interested in growing his fan base.

His alleged self-centred personality wouldn’t hold him back in the American industry but the slot has already been filled by a slew of similar actors.

Kumar has acted in scores of films throughout his career, but he remains on the outskirts of male heartthrob status in Bollywood. He is a fitness enthusiast who does much of his stunts.

He became a Canadian citizen in 2011 to expand his North American roles. However he’s played a lot of roles as he moves away from becoming an “action hero,” and his versatility in Bollywood and series of hits have made him one of the world’s highest-paid actors.

Sri Lankan beauty Fernandez has starred in over a dozen Bollywood productions and numerous music videos. In Bollywood, she is sometimes referred to as the “It Girl,” a young star with charisma, wit, and sex appeal who will be quickly replaced by the next woman who has it all.

As Hollywood consistently replaces such actresses with the next rising one, Fernandez will most likely be passed over in Hollywood.

She has also taken on daunting roles in Piku, Bajirao Mastani, and Chhapaak. Deepika has shown her talent as a model, manufacturer, and designer. Deepika is also an outspoken feminist and advocate for mental health.

Kapoor won’t make it to Hollywood because he has already attempted, with key roles in Mission Impossible: Ghost Protocol, Slumdog Millionaire, and TV show 24 and Oasis.

What holds Kapoor back is the abundance of Hindi and Pakistani actors in Hollywood, such as Dev Patel, Riz Ahmed, and Irrfan Khan. Anil Kapoor is a mediocre actor in Southeast Asia and therefore he was cast as the lead in the spinoff TV series 24: India.

Aamir Khan, the actor and director behind some of the country’s greatest hits, including 3 Idiots, Dhoom:3 and Dangal can surely adapt with Hollywood. Aamir, who excels in comedies, action roles as well as emotional roles, will be a castable Hollywood picture.

His capability and understanding of the mechanics of filmmaking will make him a valuable addition to any Hollywood production. With hits like Lagaan and PK in China, he has been called the world’s most famous actor.

Since 2014, the Canadian model has appeared in a dozen Bollywood films, but her former work as an adult film actress is a barrier in her international film career. Leone is one of the most Googled celebrities in India.

She’s already made her name in Bollywood and is considered for several light-hearted Hollywood films, but her inability to make a difference in box-office collection makes her not applicable in the American industry.

Hrithik has been dubbed a Greek God because of his physique and green eyes, and he was once deemed a potential James Bond – trailing Idris Alba, Tom Hardy, and several others.

A dancer, singer, and a brilliant actor, Hrithik Roshan’s film choices have been kaleidoscopic: a superhero in Krissh 3, a paraplegic in Guzaarish, an action star Bang Bang, and Dhoom 2, and a math coach in Super 30.

He played with US viewers by assisting in the production of the romance Kites, which was “remixed” for North American audiences by director Brett Ratner. His wax figure is placed in Madame Tussaud museums around the world.

While Roshan remains discreet in the industry, his appeal and box-office collection say he is going to make it big in the Hollywood industry. 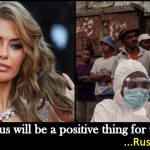 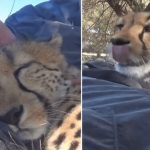