It is no secret that some youths from the Muslim community are involved in the heinous practice of Love Jihad, an alleged effort made by them only to target beautiful and rich women belonging to non-Muslim communities for religious conversion to Islam by ‘fake love’.

Another case of grooming jihad has come to light in Bhopal, Madhya Pradesh wherein a 26-year-old Dalit woman has committed suicide after being cheated on in love jihad.

The woman had also left a suicide note behind that reads, “I am Pooja and going to commit suicide and I hold Adil Khan responsible for my death”.

The woman lived in the TT Nagar area. She was found hanging in her room. The police found a suicide note in the room where she had accused one Adil Khan of her death. “My name is Puja. I am going to commit suicide. Adil Khan, s/o Khalik Khan, is responsible for my death,” she wrote in her suicide note.

Her family filed a complaint against Khan after which the police arrested him under relevant sections, including abetment of suicide.

According to the victim’s father, the accused had allegedly deceived the woman by changing his name and pretended to be as Hindu. He said that his daugther Puja fell into the trap which was laid by a Muslim boy named Adil Khan who changed his name to ‘Babloo’ in a bid to tilt the girl on his side. He added, “When my daughter came to know that he lied she tried to distance herself from him and in return he physically and verbally assaulted her.”

The two have been friends for 8 years. Puja’s brother said that on Friday evening Puja went to her room and locked herself in. Everyone was present in the house. When she did not open the door upon being asked by the family members, they forcefully opened the door and found her hanging.

Puja’s brother revealed that Adil regularly forced her to convert to Islam. When she refused to convert to Islam, Adil got into relationship with another girl. This put Puja into depresion, as a result of which she committed suicide.

The family of the victim has demanded a stringent action against Adil Khan under the new anti-conversion (love jihad) law in the state. However, the police have not confirmed if the case can be registered as forced religious conversion. The accused has been booked under Abetment to Suicide case and has also been booked under Prevention of Protection Act SC-ST Act.

The state government passed a bill in view of the rising incidents of love jihad in 2020. The Unlawful Conversion bill has provisions that can land offenders in jail for upto five years. 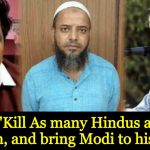 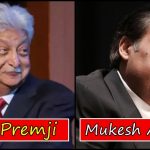