In a recent heart-wrenching incident that took the whole country by shock, a Hindu girl, hailing from Ballabgarh in Faridabad, was shot dead in broad daylight by two men as she fell prey to a trap of ‘love jihad’.

Following the brutal murder of 21-year old college student, the Haryana government is mulling over bringing a law to deal with the cases of love jihad happening in the state. Meanwhile, the State Home Minister Anil Vij tweeted about the government’s plan.

The home minister added that the Haryana government is thinking about bringing a law against the cases of love jihad. This announcement comes after Uttar Pradesh Chief Minister Yogi Adityanath announced similar plans.

Meanwhile, Haryana Chief Minister ML Khattar also added that the Ballabhgarh murder was being linked to love jihad and that both the central and the state government are looking for ways to put an end to all these problems once and for all.

ML Khattar added that the state government was thinking about legal provisions to make sure that the wrongdoer does not escape after commiting a crime. The Chief Minister dropped a hint that the union government is mulling over legal action against love jihad cases.

Yogi Adityanath issued a huge warning to culprits involving in love jihad and added that he would be introducing a new law to stop love jihad. “Allahabad HC said religious conversion isn’t necessary for marriage. Govt will also work to curb ‘Love-Jihad’, we’ll make a law. I warn those who conceal identity & play with our sisters’ respect, if you don’t mend your ways your ‘Ram Naam satya’ journey will begin,” he added in a statement. 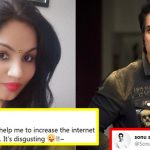 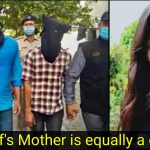