The purpose of Crusades or primarily, an armed pilgrimage was to retrieve the Christian holy land from the Muslim invasion. Latin Church declares war upon Islam, calls for penance, and redemption of sins as the military rises against Seljuk Turks and marches towards Jerusalem. Latin Christians were banished from Syria, and the expeditions continued till the early 13th century which was deceased after the commencement of protestant reformation and proscription of Papal Authority.

India had never witnessed riots before Islamic invaders came here in 712AD. Several civilizations developed and destroyed had set in several waves of migration from large urban areas to villages, which later probed into the early Vedic period. The early Vedic period gave rise to the refinement of the preexisting cultures and traditions evolving into Hinduism and a Hindu hierarchism or Varnas representing tribe based on skills, for example, there were priests and merchants, warriors, and tradesmen. Talking of Hinduism, it has no historical foundation.  Hinduism was merely a belief, a compilation of men and women who traveled from the far west and crossed Indus to finally inhabit India. Hinduism co-existed among 34 other discovered faiths including Vaishnavism, Shaivism, Shaktism, Jainism, and Buddhism ( today most of them fall under the category of Hinduism ).

The concept of riots

Before the Muslim intruders attacked the territories, there were accounts of Shaivite kings executing more than 8000 Buddhists, with many Buddhist and Jain monasteries destroyed completely in Punjab and Kashmir. The Brahmin society tried to obliterate other inferior religions and that came through bloodshed and violence. Hinduism is believed to be a way of life while the dominance came through power and brutality.

As one may see, it is always the Mongols, the Turks, and the Mughals who have dominated over history textbooks yet nobody wants to trod down the road of religious/racial politics played over years. As more Jain and Buddhist monasteries were plundered, Hindu temples were constructed at the very sites.

The situation makes a man prone to religious violence when one thinks following a religion of one’s choice doesn’t coincide with the shibboleths of the native people. As ancient Indians followed and respected each other faiths, Europe and Arabs failed to coincide with the Indian belief system. While Arabs were dominated by Christians and Jews, they were soon wiped off from Arab when Islam came into existence.

Taking of alien forces, when Muhammad Bin Qasim first came to India in 712AD to spread the word of Jihad, India saw an onslaught of subsequent Islamic invasions from the Arab world. The intentions were not only limited to conquering land or wealth, but many of the Hindu temples were demolished, idols of Hindu gods disfigured, men were killed and women distributed among Islamic soldiers. Those who survived in camps were raped for several months. The locals were forced to read Kalama by the Islamists. When jihad was declared on Sindh by the Arab Caliphate, most of the Hindu and Buddhist temples had vanished, while Muhammad Bin Qasim and his troops built mosques and minarets over the remains. To strengthen the position of the Sunnis and Shias amidst the Civil war between the Arab and Persian world, there were sporadic raids and attacks on Hindus, more enslavement, more destruction, more cavalry, more spoils.

After the Mughals were defeated by the Indian rulers, India began to get colonized under British Raj. As Hindus were still fighting Muslim despots, The British paved their interests through communalism between Hindus and Muslims, and vehemently oppressed Indians by virtue of divide and rule. 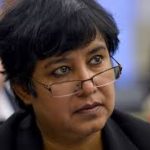 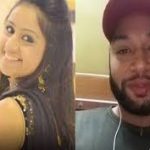